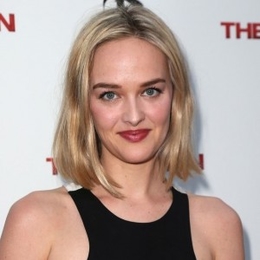 An American actress Jess Weixler rose to fame after her portrayal of Jordan Gallagher in the movie The Big Bad Swim. In 2019, Weixler starred in four movies including Chained for Life, The Death of Dick Long, It Chapter Two, and Eve.

Jess Weixler tied the nuptial knot with her long-term boyfriend, Hamish Brocklebank, on 5th December 2015. Their wedding was a huge celebration, and it took place on the location was on the beachside.

Weixler announced the news of their marriage via Instagram sharing an adorable picture with her newlywed hubby. On the caption, she said that they are married and she feels excited that she can now call her long-term boyfriend a husband. Furthermore, the actress even thanked her friends for making the wedding the best day ever. 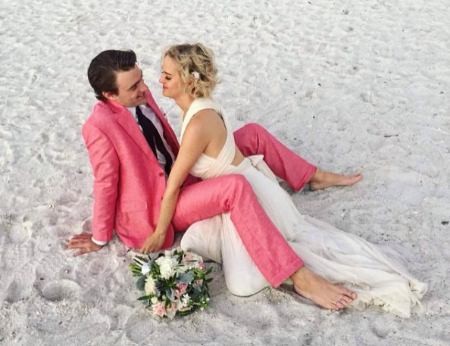 Jess Weixler with her Hamish Brocklebank on their wedding SOURCE: Instagram (@jessweixler)

Their wedding was first revealed by her co-actress and best friend, Jessica Chastain. Her best friend announced the news via Instagram writing:

“The stars aligned for these two wonderful people. I love this couple, especially @jessweixler. You are the most beautiful friend. I’m so proud of you.” 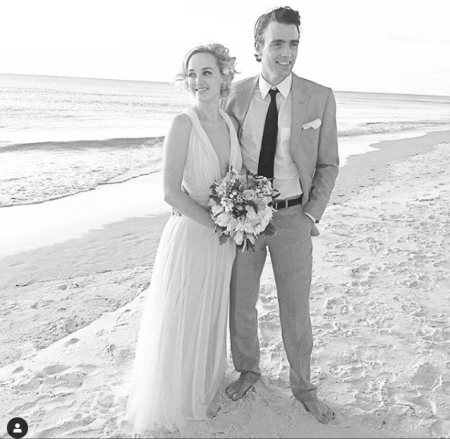 Furthermore, people first got the hint of their wedlock from Chastain uploaded a three-day bachelorette party and a whirlwind tour of Las Vegas’ best including a dinner at Wynn Las Vegas’ Wazuzu restaurant. She shared a picture on 29th November 2015 with a caption “Never laugh at live dragons.” 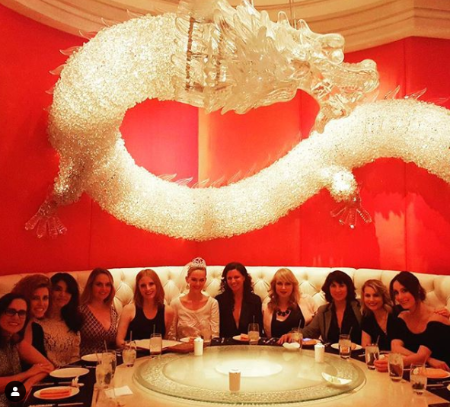 Similarly, after having dinner, they watched a performance from Zumanity by Cirque du Soleil. Then, they danced at TAO Las Vegas nightclub. Chastain did not miss to give the glimpse of every moment to fans by sharing photographs on Instagram. 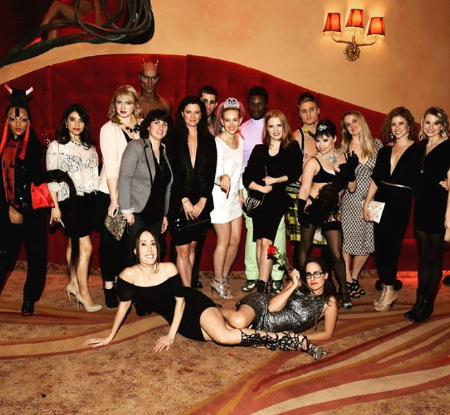 Jess Weixler and her friends during the bachelorette party SOURCE: Instagram (@jessweixler)

It was followed by shows from Thunder Down Under and dancing at Hakkasan Nightclub Las Vegas the next day. They next watched David Copperfield show. At that time, the girls even got a chance to take pictures with a famed illusionist. Finally, the party ended by having a peek at the oversize Encore at Wynn Las Vegas duplex where they stayed. 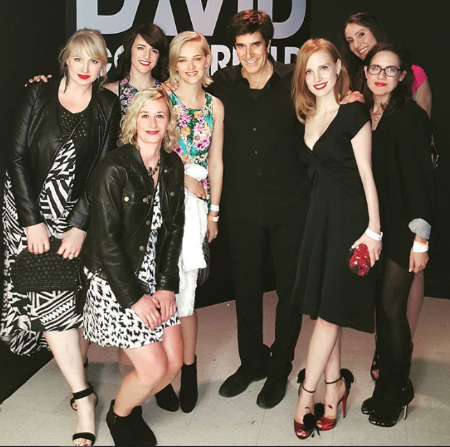 Jess Weixler and her friends with a magician SOURCE: Instagram (@jessweixler)

Weixler walked down the aisle wearing a flowy, tulle wedding dress. Her beauty was further enhanced by a plunging neckline and an intricate back cutout. Whereas, the groom looked stunning in a dapper coral pink suit with a black tie. He also wore sans shoes.

Pregnancy And Birth Of Baby Daughter

The 38 years old actress Jess Weixler announced her pregnancy in a hilarious way via Instagram on 6th November 2018. She showed off the baby bump with a caption, Just had some pizza (6 months). 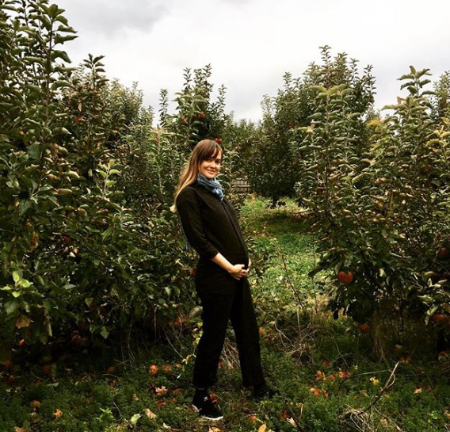 Furthermore, the couple even celebrated their child's upcoming arrival in January. They had a -beautiful safari-themed baby shower thrown by close friends, including her BBF Jessica Chastain. She shared pictures of the baby shower with a lovely caption;

My friends... ugh my friends they threw me the most gorgeous/adorable baby shower. Epic cuteness, safari themed and all. I love you guys. I feel so filled to the brim with all your words whispered into my ear. @nicolebayme (who decorated the extravaganza) is missing from the group pic because Phoenix was owed her nap. (thank you for pulling all this together @jessicachastain @nicolebayme @mamabirdorganics @shanenburger @thepamrobison ) Baby “B” for Brocklebank 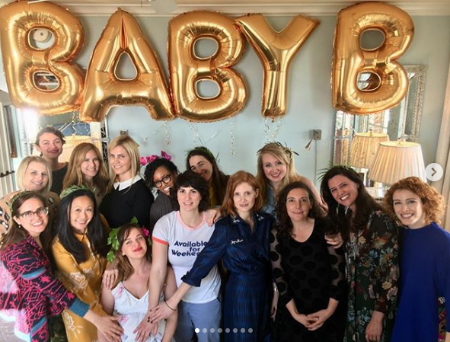 Jess Weixler with her friends during the baby shower SOURCE: Instagram (@jessicachastain)

Finally, the wait is over! The Good Wife cast and her boyfriend turned husband are finally parents of a beautiful daughter. They welcomed their child on 8th March 2019. 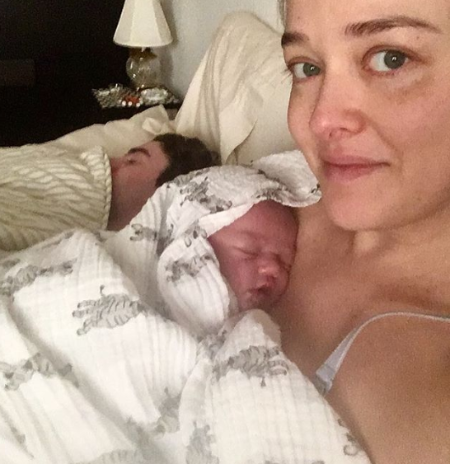 Weixler announced the news via Instagram, sharing an adorable picture. Their newly born baby was sleeping on Weixler's chest.

An American actres Jess Weixler has a net worth of $3 million as of 2019. She is active in the entertainment industry for around a decade and has portrayed in a number of movies and TV series. In the United States, Weixler earns $55,594 salary per year.

Weixler appeared on the series The Good Wife alongside Julianna Margulies, Matt Czuchry, Archie Panjabi, and others. Her co-stars Julianna and Matt, have a net worth of $22 million and $3 million, respectively.

In 2007, Weixler appeared in the movie Teeth as Dawn O'Keefe. The movie grossed $2.34 million against its production budget of $2 million. Recently in 2019, she starred in the film It Chapter Two budgeted $79 million. The film made a worldwide gross of $449.1 million.

Beatrice Danger Brocklebank is the daughter of an actress Jess Weixler and her husband Hamish Brocklebank.