American model, Jessa Hinton is best known for working with brands like 'Leg Avenue' and 'Enzo Milano Hair Products'. She was featured on the cover of magazines like 'Super Street Bike'. She is also popular for starting her own podcast titled 'Anything Goes with Jessa Hinton'.

Jessa Hinton's Personal Life; Is she Dating a Boyfriend?

Jessa Hinton is possibly singles at the moment. The model is out of any relationships and she is open about her sexuality as a bisexual. Moreover, she is focused on her career and is not linked with any men's and women's as of 2019. Hinton opened about her sexuality in an interview and amits to be bisexual. Further, she also said that she likes both men and women equally. 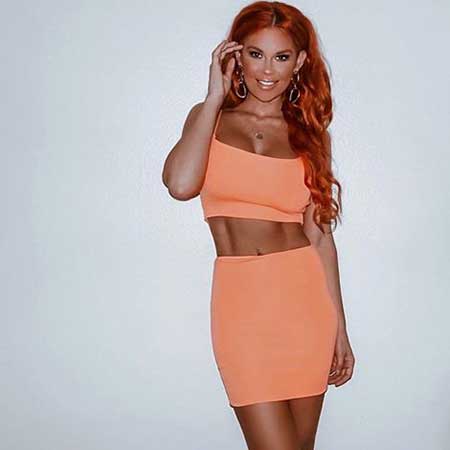 Jessa was previously rumored for dating Ryan Peavey. The pair were spotted in many places together and was captured several times. Here you can see the tweet Ryan shared on his Twitter,

Despite this, there is no confirmation about the duo's relationship as both of them denied their dating rumors. However, the casual meeting of the duo made everyone wonder about their secret dating life.

Apart from that, Jessa was also rumored for dating model/actor Sam Asghari. Likewise, her first rumor, this one also limited in rumors only.

Jessa is a proud mother of her son whom she adopted from an Italian family. Following that, she hasn't revealed much about her son but often shares posts on her Instagram account with sharing many beautiful quotes,

My main goal / job as a mom is to not raise an asshole. . But here are some other things I really hope for as your mom. - . I hope you always remember how fucking cool and special you are. That you always remain Ambitious but never greedy. . I hope you choose to be a leader and not a follower because you have so much to offer this world. . I hope your heart gets broken once so you realize how beautiful and special love is. . I hope you become a Strong man but are always kind to everyone around you. Even to the people who don't deserve your kindness. . I hope you never forget how amazing your art is and how talented you are and have always been. . I truly hope you know that I will be here no matter what you do or go through in life. And that when I'm mad my love for you remains the same. Always. . I hope that if you choose to become a parent(farrrrrr down the road), you will have patience and stay open to curveballs thrown your way. Because that is inevitable. . And most of all, never turn into one of the guys in my DMs. Because if you ever disrespect a woman, I'll beat your ass no matter how old you are. . You are my little buddy And the best thing I've ever done. I love being your mom Kyler Michael and Happy Mother’s Day to all the moms out there doing the best they can for their children

Here you can see the post-Jessa shared on her Instagram where she is explaining about the love and supports she gives to her son.

What is the Net Worth of Jessa Hinton? Know about her Earnings, Salary

Who knows which gun “won the west” ? . ** I give points to the girls who know this!!! . Who would lose in a western quick draw? . I sucked at target shooting but did ok in the quick draw. At least I have that going for me should I find myself back in 1865, in ass-less chaps and a holster on my hip Since I don’t see that happening, I’ll rock my @1stphorm leggings everywhere I go. I shot guns, rode a bull, climbed rocks and zip lined in these babies. Not one tear and so comfortable with every activity ! #iam1stphorm

Jessa in her career modeled for many brands like Leg Avenue, Enzo Milano Hair Products. She also made her name as a television personality after interviewing celebrities for Victory Poker and Top Rank Boxing. Additionally, in 2015, she started hosting her own podcast named Anything Goes with Jessa Hinton. 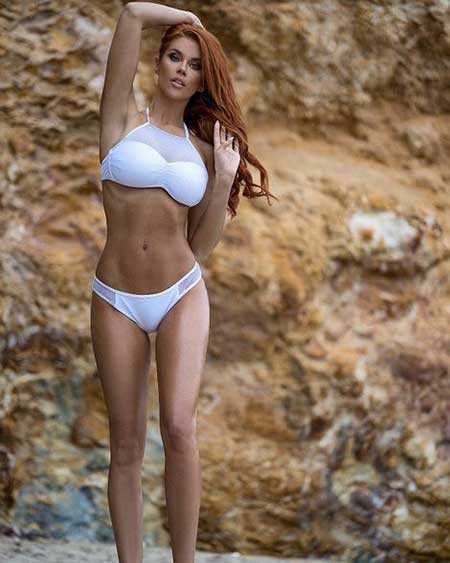