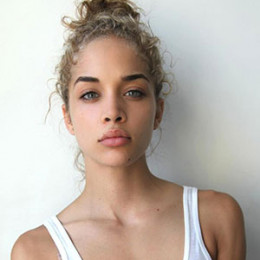 Jasmine Sanders is a German-American model known by her name aka Golden Barbie. She is widely popular on Instagram with 3.3 million+ followers. Sanders modeled for various brands such as Forever21, Smashbox, American Eagle, Seventeen, Glamour, Ralph Lauren and more.

Jasmine Sanders aka Golden Branie was born on June 22, 1991, in Frankenthal, Germany to a German mother and African-American father. Her birth sign is Cancer. She was raised along with her sister, Alisha Sanders in South Carolina.

Jasmine Sanders started modeling at the age of 13 after her picture got selected by one of the New York modeling agency. Since then she worked with different brands and designers. 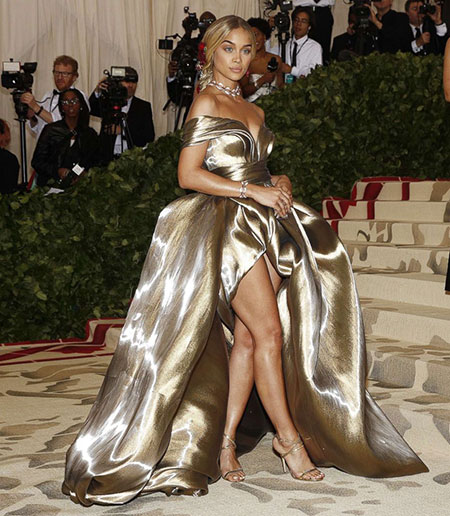 In 2018, Jasmine Sanders debuted in Met Gala as a guest of H&M. She also became the guest judge on America's Next Top Model and American Beauty Star.

Jasmine Sanders is one of the successful models and her estimated net worth is $1.5 million. As per some online sources, she earns nearly $600k per annum from her modeling career.

As she garnered a million followers on Instagram, Sanders made $6,597-$10,995 per post. Additionally, Sanders owns Jeep Wrangler costing $40k+, 2012 Lamborghini costing $187k+ and an expensive bike as well.

Jasmine Sanders is dating her longtime boyfriend, Terrence J since 2016. The duo is considered as one of the cutest couples on Instagram. They are proud puppy parents to dogs Bam Bam and Rocky.

Sanders often shares romantic pictures of the pair on the Instagram, where she has more than 3.3 million+ followers.

When ya baby daddy joins you at #NYFW

Previously, Sanders dated several men from Hollywood. She first dated rapper-singer Chris Brown in 2010. Then she got involved in a brief relationship with Rob Kardashian and Jeezy.

In 2014, the model was romantically linked up with comedian, Nick Cannon after the news broke out that he paid the rent for Sanders' LA apartment.

Jasmine Sanders shares a good bonding with the reality star, Kim Kardashian. In 2016, when Kim was robbed at a gunpoint in Paris, she rushed in the middle of the night to be with her.

Moreover, Models.com ranked her as one of the sexiest models in the world.

In October 2018, Terrence J's car ($200K McLaren) crashed into a tree in an alleged hit and run in Los Angeles and Sanders was reportedly involved in the crash.

The mystery female eyewitness claimed, she saw two people exit from the car after the crash. believing one of them to be Sanders.

However, after a day of the crash, Sanders took to her Instagram to deny the claims and said,

"Despite what you guys may have heard, I was not involved in a car accident yesterday."

Check out the video of Jasmine Sanders sharing her beauty tutorial!