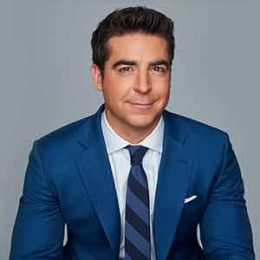 The American political commentator Jesse Watters joined the Fox News Channel as a production assistant in 2002. He is widely known for hosting various popular shows like "The Five", "Watters World", "Outnumbered". He hosted the political talk show, "The O'Reilly Factor" which gave him the limelight. Watters was a guest on The Spin Stops Here Tour with other fellow hosts Dennis Miller and Bill O'Reilly in 2017.

Jesse Watters was born to parents Anne Watters and Stephen Watters on July 9, 1978, in Philadelphia, Pennsylvania, United States. His parents were the directors of lower school admissions in the middle school where Watters studied.

He grew up in the Germantown and East Falls neighborhoods along with his sister Aliza Watters. For his schooling, he attended the William Penn Charter School for his junior year and later on, the family moved to Long Island in New York. 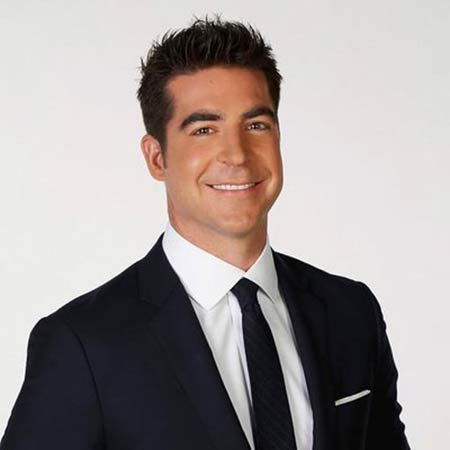 There, he joined a local school named Friends Academy from where he completed his studies. He enrolled at Trinity College located in Hartford, Connecticut from where he graduated with a degree in Bachelor of Arts in History.

Jesse Watters is a political commentator who is associated with the Fox News Channel. He first joined the network in 2002 as a production assistant. Watters is the co-host and producer of The Five, Watters World, and O'Reilly Factor shows. In 2014, Watters started appearing as a guest co-host on the Fox News Television series called Outnumbered. 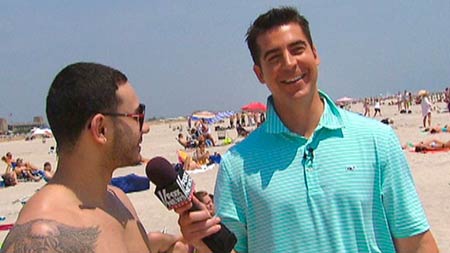 His show Watters World which was formerly a monthly show became a weekly show in 2017 which was to air every Saturday at 8 pm EDT. The same year he was a guest on The Spin Stops Here Tour with other fellow hosts Dennis Miller and Bill O'Reilly.

He also became the co-host of the roundtable series called The Five. Watters has had the opportunity to interview president Donald Trump and seems like president Trump follows Watters on Twitter.

The renown host Jesse Watters is estimated to have a net worth of $1 million. His major source of earning is from his career in the Fox News Channel. He hosts a variety of shows and has his own show called Watters World. His annual salary is $300,000. The average salary of a host is $10.35 per hour and $111,000 annually.

Jesse Watters is a married man who tied the knot with American host and fashion stylist Noelle Inguagiato Watters in 2009. The couple is proud parents of two lovely twin daughters Ellie Watters and Sophie Watters who were born in November 2011.

However, his wife Noelle had filed for divorce in October 2017 after finding of her husband's affair with a 25-year-old producer named Emma DiGiovine. After finding out about their affair, Fox News transferred DiGiovine to The Ingraham Angle and it is said that Watters continued dating her. 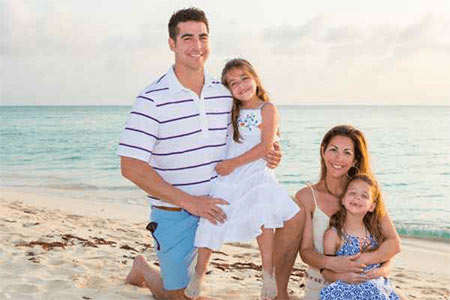 Jesse Watters with his wife and twin daughters

He is registered to vote as a member of New York's Conservative Party. As for his social media handles he has around 735k followers on Twitter and 250k on Instagram.

Watters stands a height of 6' feet and has a charming personality. He has a well-maintained body with good physique and has a presentable attitude.

Jesse Watters was caught in a controversy in 2016 after he was found criticizing Asian Americans in his show Watters World. Watters was asking the Chinese Americans in New York's Chinatown if they knew karate and whether he should bow before he greets them or if their watches were stolen.

In the segment, he performed several things related to the Chinese culture like playing with nunchucks and there was a 1974 Kung Fu Fighting song playing in the background. All of his activities were termed as racist behavior and several Asian American journalists criticized him for targeting an ethnic group for humiliation. In response to all this, he replied by saying as he is a political humorist, it was all a light piece like he usually does in his segments.

Later on, in April 2017, he made an on-air comment about Donald Trump's daughter Ivanka Trump which was found to be criticizing. He dropped a comment which said he didn't know what's going on there but he really liked the way she was speaking into the microphone.

His comment came out to be disgusting and many said he was relating it in a sexual way. However, he rejected the accusations and defended himself by saying he was referring to Ivanka's voice like a smooth jazz radio DJ. He even said that he and his officemates were talking about the same thing during their work break.

After this whole incident on his show, The Five he announced about taking a vacation.

The couple married in 2009 and are the parents of two children. But due to some problems, his wife has filed for divorce in 2017.

The couple gave birth to their twin daughter Ellie Watters. She has filed for divorce in 2017 after finding out about her husband's affairs.

The couple gave birth to their twin daughter Sophie Watters. She has filed for divorce in 2017 after finding out about her husband's affairs.