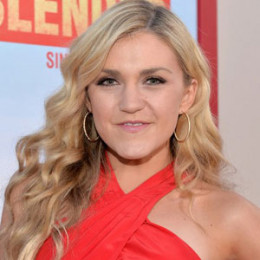 Jessica Lowe is an actress plus comedian is known for her roles in movies and TV series like Blended, Wrecked and Bob's Burgers.

Jessica Lowe is an American by nationality. The Northwestern University graduate Lowe has attempted to keep her identity under wraps.  As per her post on Twitter, her birthday is on 21st of February. It is a lesser known fact that while in high school Jesse was a part of the National League, a speech and debate honor society.

Lowe made her big screen debut playing in Blended, a movie starring Adam Sandler and Drew Barrymore, as Ginger in 2014. She never once thought to pass the audition for the film and when she finally did she was awestruck. She gained popularity from the movie and landed her opportunities to play in TV series such as Backseat Bitches, CollegeHumor Originals and Man Seeking Woman.

Prior to that, Jessica starred in short movie Adult Situations. She also uploaded her video Drunk Yoga Instruction which got a lot of views. Later in 2015, she was cast in the TV show One Big Happy. As of 2017, she is featuring in the comedy series Wrecked.

Jessica is an active Instagram user and has 10.1k followers. She has posted a lot of photos most of it is about her work. She is mostly busy with the shoots for Wrecked.

She currently seems to be single and looks like she not at all ready to make a boyfriend. Lowe is busy to build a career for now.

Lowe is a rising star. Her demand in the TV industry is rising. She is one of the well-paid actresses with a decent amount of salary. For now, she has accumulated an estimated net worth of $850,000.