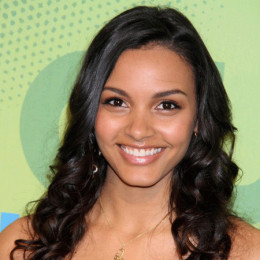 She is a Canadian actress and singer, well known for her roles on CW's Melrose Place and Cult and the film Evil Dead. By the age of seven, she has been acting and has received a professional training from Children's Theatre Arts. In 2014, she was featured in Coldplay's single music video "True Love". Her mother is Caucasian and her father is Afro-Canadian.

Accounting her personal life, Currently, she is engaged, but a few years back she had dated few men from Hollywood. Till now she hasn't been married and also she does not have any children from her past affairs. Currently, she engaged with her longtime boyfriend Alex and soon they will get married.

Jessica Lucas, Canadian actress and singer was born on September 24, 1985, Vancouver, British Columbia. Her father is Black Candian and mother is Caucasian so she got mixed ethnicity from her parents.

She started acting since the age of seven and professionally she was trained at Children's Arts Theater School in Toronto. Jessica began her career through stage shows and performed in Snow White & The Seven Dwarfs, Grease, Cinderella, Mousetrap and Music Medley.

Her television career took off in 2001 when she joined the Candian teen television series Edgemont and became the part of the show till its final season.

Later, she appeared in the short-lived ABC teen drama series Life as We Know It where she portrayed the role of Sue. In 2006, she was cast in She's the Man.

She has appeared in a number of series, sitcom, and movies such as; CSI: Crime Scene Investigation,  Amusement,  Melrose Place,  Friends with Benefits,  Big Mommas: Like Father, Like Son and much more.

Currently, she is busy with her regular show Gotham where she portrays the role of Tabitha Galvan/Tigress. She joined the show in 2015 and her performance over it was well appreciated by her fans and critics.

Gotham fame actress is engaged to her longtime boyfriend Alex Jermasek on April 2017 and she shared this news through her Instagram post. In the picture, she showcases her engagement ring with her fiance by her side.

Jermasek is a co-head butcher at chef Curtis Stone’s Gwen restaurant in Hollywood. The duo often shared their romantic picture on their social networking sites.

Prior to Alex, Jessica dated actor Brandon Beemer in 2007 but due to some personal issue, the duo split apart.

The 31  years old actress has successfully established herself in Hollywood. She earns good amount from her career and her $4 million net worth is proof of it.