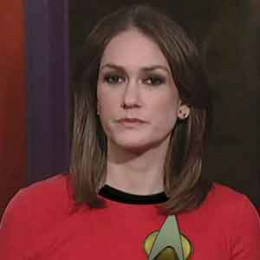 The American native Jessica Tarlov is an analyst, strategist, and consultant who is a regular contributor at Fox News Network since 2017. She has involved herself in many fields career wise and holds a Ph.D. degree in Political Science and Government. Tarlov has worked as project manager, communication Strategist and a graduate teaching assistant at the London School of Economics. Besides she is also into writing and has co-written a book named "America in the Age of Trump".

Jessica Tarlov was born to parents Judy Roberts and Mark Tarlov on March 9, 1984, in New York, United States. She was raised along with her older sister Molly Tarlov who is an actress and was cast in the 1999 movie Simply Irresistible.

My sissy @mollytarlov looking all sorts of gorgeous for VMAs! https://t.co/DxwC6ODOid

Her father Mark is also in the entertainment industry and he is a successful producer & director while his mother Judy is a writer and wine manufacturer. 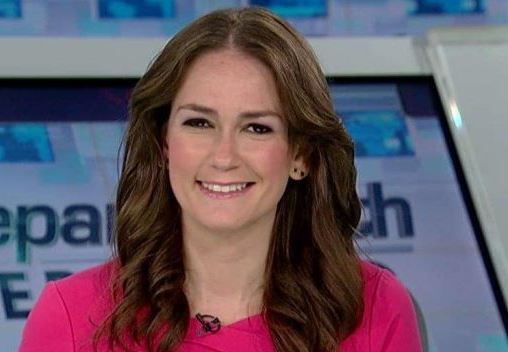 As for her education, she attended Bryn Mawr College from where she pursued a Bachelor's Degree in Arts & History.

Tarlov then decided to gain a Ph.D. degree in Political Science and Government in 2012 from the same school she did her Masters studies.

Jessica Tarlov is professionally a consultant, analyst, and strategist who is associated with Fox News Network. She was made the regular contributor for Fox News in 2017.

Tarlov began her career with Merrill Lynch where she worked as a Project Manager. While with the company she participated in various conferences and showcased her company at Paris & Brussels in 2007.

Then a year later, she started teaching at The London School of Economics as a Graduate teaching assistant.

Tarlov has worked in various fields in her lifetime, she worked as a Digital & Communication Strategist at the Backboris organization in London and a Political Strategist at Douglas Schoen LLC in the United States.

She is still working for the Douglas Schoen LLC and manages their publications, books, and editorials. Besides she is also a writer and her works can be found in NY Daily News, Fox News, Forbes and so on.

She co-wrote the book America in the Age of Trump along with another writer Doug Schoen which was about America's decline. She was made the senior director of Research & Consumer Insight at Bustle in 2017.

At present, she is the senior director of research at the Bustle Digital Group. It owes Romper, Bustle, and Elite Daily.

Jessica Tarlov's net worth is not estimated and is still under review. However, some online source claims his net worth to be $800,000.

Jessica Tarlov is in a relationship with a man named Roman Kuznetsov but the details about her boyfriend are not given except that he is Russian.

She is seen talking about her boyfriend in some events and on Twitter she has added the photo of them together as her cover picture. They attended a wedding together which grabbed the eyes of the media. 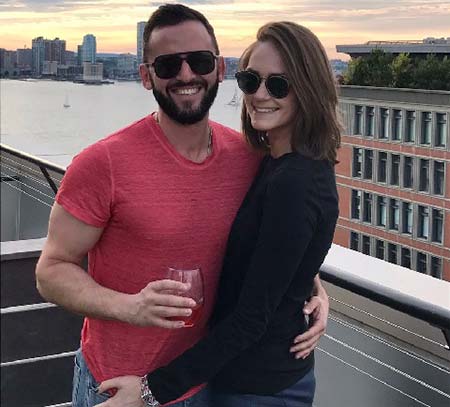 The couple seems pretty much in love and she makes tweets about her boyfriend sometimes.

Tarlov was a strong supporter of Hillary Clinton in the 2016 US Presidential election. She stands a height of 5'11 feet and is referred to as Beauty with Brains for her good looks & immense knowledge.

Tarlov is pretty active in the social media sites and has around 32.9k followers on her Twitter handle as of January 2018.

Though she is quite secretive about her romantic life and affair, she occasionally mentions her boyfriend on her Twitter posts.

Here is a video of Jessica Tarlov doing a one-on-one interview.