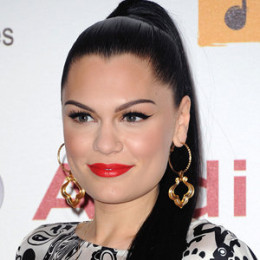 An English singer and songwriter whose real name is Jessica Ellen Cornish. She is well known among her fans for her debut album "Who You Are", which included the song "Nobody's Perfect" that charted on #2 on the U.K. charts. She is daughter to Rose and Stephen Cornish. She completed her high-school from Mayfield High School. She was just 11 years old when she was cast in West End production of Whistle Down the Wind. In 2002 she appeared in the production of The Late Sleepers. She started her career by signing for Gut Records but after it went bankrupt she made songwriting deal with Sony/ATV Music Publishing. She has already wrote songs for popular singers like Chris Brown and Miley Cyrus. After she signed contract with Universal Republic, she released hit songs like "Do It Like a Dude" and "Price Tag" that topped the charts in nineteen countries including the UK. Her recent single "Bang Bang" charted on #1 position in the UK and went multi-platinum worldwide. Beside singing she is also one of the judges in "The Voice UK" and "The Voice Australia".

Regarding her personal life she has not married yet. She was all over headlines back in 2000's after she admitted that she was bisexual. But recently she has made a strong move and told the media that her being bisexual was just a "phase" and now she is not bisexual but straight. She also stated that now she want to find husband and live a normal life. In 2012 she was rumored to be dating Kenny Hamilton, since neither of them actually confirmed that they were dating the rumor frizzled out. She also dated R&B star, Luke James.