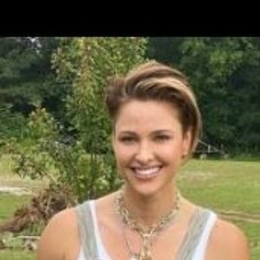 Jill Wagner is a recognizable television personality and actress who has impressed the audience with her screen presence in shows like Junebug, Road To Paloma, and Splinter. She is also known for hosting the competition show "Wipeout" on ABC for seven seasons.

Jill Wagner first encountered her future husband, David Lemanowicz, at a friend's life party in her teens. While appearing together on the Hallmark show 'Home and Family,' Jill and David shared the fantastic story behind their first meeting and relationship. 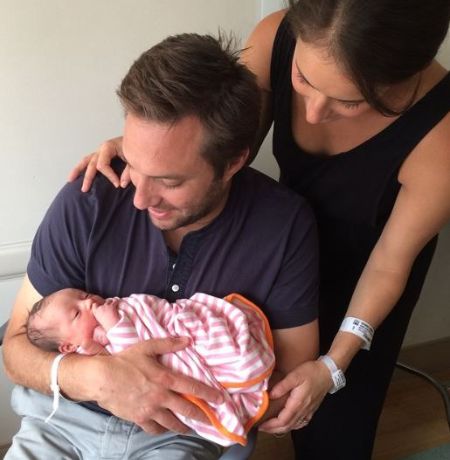 Jill Wagner, along with her husband David Lemanowicz and stepdaughter. SOURCE: Instagram(@jillrwagner)

The gorgeous Wagner was 17 years old, and Lemanowicz hockey players didn't fall for one another immediately. Jill went out three times on casual dates, eventually falling for the handsome athlete. After numerous encounters, the two catch up for a drink and romantic dinner.

However, the story doesn't end right here. David suddenly stopped calling her after that. The heartbroken Jill believed fate had some other ways to introduce them again. Coincidentally, she met her man, David, on a USO tour in Afghanistan, who was deployed there as a special agent while working in US Air Force.

The pair met after 17 years, and romance sparked. After being in a committed relationship for three long years, David proposed the decision to take a step further ahead and got engaged on October 3, 2016.

It's confirmed that the gorgeous actress and former professional goaltender in NHL, David upgraded their relationship to the next level as they got hitched on April 8, 2017, in Rose Hill Plantation, Nashville, North Carolina. The couple also registered their wedding on registry.theknot.com. 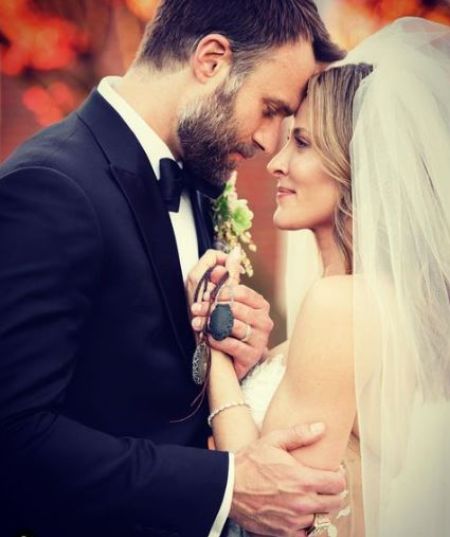 Mrs. Wagner shared a number of her images of the beautiful occasion through her Instagram posts. Both looked awesome in their big day attire, extra beautiful and handsome.

Meanwhile, David has married twice in life. His first marriage was to Gina in 2005. Unfortunately, their hopes turned into ashes after the two parted ways. The former flames were blessed with a daughter named Lija. Lija held an integral part in the life of the couple initially.

The Couple Blessed with Two Daughters

Over the five years of their marriage, Jill with her husband, David Lemanowicz, the actress Jill shares two children, both daughters; Army Gray Lemanowicz, born on April 17, 2020, and the second one, and Daisy Roberta Lemanowicz arrived on August 19, 2021. 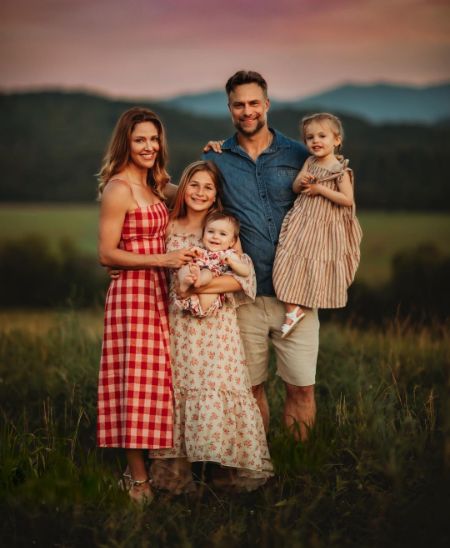 Jill Wagner is very close to her family. SOURCE: Instagram(@jillrwagner)

Currently, Jill and her beloved husband are living their dream life, raising three young daughters, including her stepdaughter, Lija Lemanowicz, in Tennessee. The two have the best times at their historic working farm; the family grows crops, raises cattle, and stays connected to nature.

It's now the perfect family of five, and it looks like the family is enjoying her life with her family life more prioritized while focusing on their respective career. Wagner often posts adorable photos of her with him on her official Instagram.

What's the Net Worth of Jill Wagner?

After completing college, Jill moved to California to progress in her career and was selected as a cast member on the MTV series Punk'd. Later, she influenced the audience through her brilliant acting in several movies, such as Junebug, Road To Paloma, and Splinter. 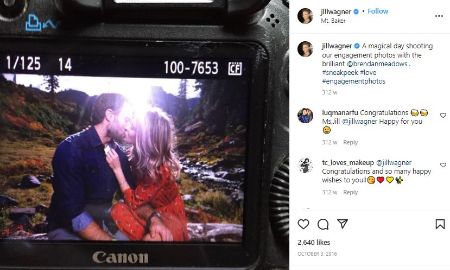 Paving the way for Wagner's acting spotlight was solidified when she spent a remarkable role as Kate Argent for twenty episodes in the television series "Teen Wolf" from 2011 to 2017. She plays in the upcoming series "The Christmas Farm," portraying Janie in 2022.

Further, Wagner is a brilliant and flawless actress ranked on the Maxim Hot 100 Women in 2004. Her diverse work includes her "Mercury Chick" role in the commercials for Lincoln-Mercury cars. Her networth is estimated to be around $5 million.

With a career that successfully stretched between acting and hosting endeavors, Jill Wagner has been effectively transitioning back and forth between the two. As an actress, Wagner has been consistently featured in various genres in television and films for almost two decades.

As we mentioned above, Jill's spouse is a special agent in US Airforce and made a guest-appearnce along with his wife on the Home and Family TV Show. Before that, he played as a professional goaltender for the Florida Panthers, NHL.

As co-creator, actress, and executive producer, Jill collaborated with a famous director/producer Taylor Sheridan in the female-led CIA drama series, Lioness. Opposite Jason Momoa, she landed a role in the breakout independent movie Braven.

Jill Wagner and Robert Wagner both belong to the entertainment industry. However, their last may be all they have in identical. There is a popular misconception that the two are related. Although Robert and Jill share the same last name, they aren't related. With difference

Jill Wagner and former professional goaltender in NHL, David Lemanowicz, upgraded their relationship to the next level as they got hitched on April 8, 2017.

Army Gray Lemanowicz is the first daughter of Jill Wagner.

Daisy Roberta Lemanowicz is the second daughter of Jill Wagner and her husband, David Lemanowicz.