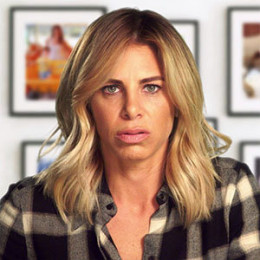 American personal trainer, author and television personality, Jillian Michaels is the daughter of Joann and Douglas McKarus, a lawyer. Michaels attended California State University. Jillian has held two personal training certificates from the National Exercise & Sports Trainers Association (NESTA) and The Aerobics and Fitness Association of America (AFAA) since 1993. She has served as an adviser to the National Day of Dance for Heart Health, an organization that encourages people to exercise.

Jillian Michaels has a partner Heidi Rhoades, a talent manager. Michaels is popular for her appearance on the talk show named 'The Doctors'.

The couple has a son named Phoenix Michaels Rhoades was born on 3rd May 2012.