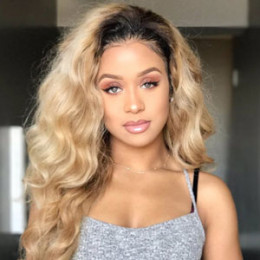 Jillyan Anais Moor known by the name Jilly Anais is a up-and-coming urban pop artist famous for her debut single ‘The Juice.' Jilly has showcased her sound with upbeat and edgy lyrics. She has become one of the successful entertainers in the music industry with her unique and versatile voice.

The beautiful singer Jilly Anais was born on January 2, 1996. She grew up with her younger brother Jules. The Houston, Texas native Jilly is of Jamaican descent.

Anais began showing interest in dancing and singing from the very early age. She performed on the stage when she was only two years old.

Jilly attended School of the drama club and the Ensemble Theatre. She earned a lead role in school plays and musicals. She was the cheerleader for many years during her schooldays.

Anais began her career as a model in 2009 with Page Parkes Modeling & Acting Agency. She won the title Miss Teen Houston In 2010. In 2015 her debut EP ‘The Juice’ was released which instantly gained her popularity. After that, she released her hit 'Afterparty.' It was co-written by Troi Irons, who has worked with the stars like Lupe Fiasco, Timbaland, and Rita Ora. She also received her SAG Aftra membership in 2016.

Besides that, Anais has made her appearance in the music video of Demi Lovato ‘Cool For The Summer’ and film of Kevin Heart as well as Morris Chesnut ‘Real Husbands of Hollywood’ and ‘Rosewood.' Likewise, she was cast in several independent films.

Miss Teen Houston winner Jilly is currently seeing San Antonio Spurs player Dejounte Murray. However, the duo hasn't officially announced about their relationship yet. The alleged girlfriend and boyfriend can be seen hanging out together and reacting to each other’s post on social sites.

The 21-year-old singer Jilly earns a good sum of money from her career as a model, singer, actress and a dancer. She probably holds a staggering net worth to maintain a lavish lifestyle she is leading now. However, her actual earning is still behind the curtains.