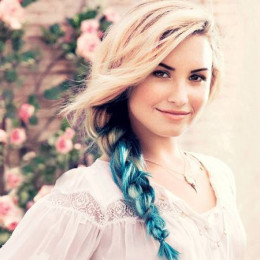 Demetria Devonne Lovato is commonly known as "Demi Lovato" is an American singer, songwriter, and actress. She has won a Billboard Touring Award, five People's Choice Awards, an MTV Video Music Award, twelve Teen Choice Awards, and two ALMA Awards. Some of her single tracks that became widely popular and admired are "Skyscraper", "Give Your Heart a Break" and "Heart Attack". She is the daughter of Dianna Hart, a country recording artist and a Dallas Cowboys Cheerleader and Patrick Martin Lovato, an engineer and musician.

Demi Lovato hasn't been married to anyone yet and does not have any children. As it is obvious, she is so talented, beautiful and young she has dated lots of guys in her past days.

News had it that, Lovato and Kelly walked out together, but apparently got into separate cars. A source close to MGK told Page Six, that his Aston Martin convertible was seen following Demi's SUV towards the pop star's condo.

She'd once decided to stay single for the time being. She wants to part ways from recent boyfriend Henry Levy. The pair were together until July 2018 Husky actor/ singer boyfriend.

The couple seems happy and is so intimate with each other that they probably are looking forward to successful marriage life.

Demi Lovato was in an on-and-off relationship with Wilmer Valderrama between 2010 and 2016. The pair officially parted ways June 2016 after six years of affairs.

The 5' 3" tall celebrity affairs with many elite names of the Hollywood industry. She dated American singer Joe Jonas from 2008 to 2010.

In the rise of 2016, the actress started dating UFC Mixed Martial artist Luke Rockhold. Even though, the pair were no more in the relationship they prioritized their friendship.

Following the split with Luke, she had an affair with MMA Fighter Guilherme Vasconcelos until May 2017.

Demi Lovato has an estimated net worth of $33 million. For being a professional singer, she earns $100-$300 thousand per year. The singer receives $2 million per annum for appearing on the X-Factor. 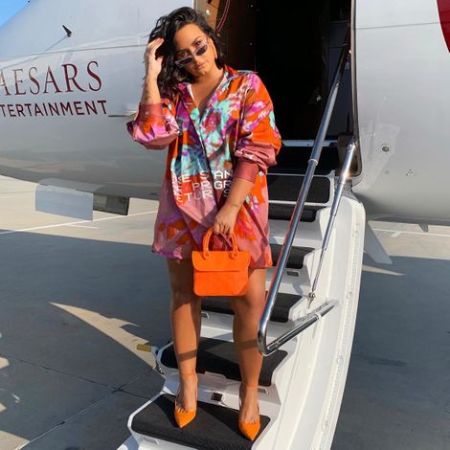 The 5' 3" (1.6 m) tall owns the Mediterranean-style house in Los Angeles, California which she bought on her 18th birthday. Nevertheless, she decided to live in a "sober house" in Los Angeles post leaving rehab in early 2011. Her Los Angeles House is worth $9.4 million.

The "Sober" singer, Demi Lovato put her Los Angeles Estate back on the market on February 4, 2020, for $8.9 million. Fresh from performing the national anthem at the Super Bowl on 2 February, pop star Lovato has gone from the football field to offering her Los Angeles home, which she relisted Monday.

The 27-year-old first tested the market earlier in September 2018, listing the contemporary spread for a pinch under $9.5 million. The residence was last on the market in March of 2019 and has not been available since.

Lovato began his career in 2006 making a guest appearance in the notorious television series "Prison Break" and followed it up with a cameo appearance "Just Jordan". A year later she played a character as Charlotte Adams in the first season of "As The Bell Rings" aired on the Disney Channel.

Subsequently, she starred in "Camp Rock" alongside Aaryn Doyle which held its premiere in mid-2008. Soon after that, she ventured into singing and composed a music album titled "Don't Forget". It earned her critical and commercial success as well. Surprisingly enough, 89,000 copies of her album were sold in its initial week.

In 2011, Lovato released her another album titled "Unbroken" which earned mixed responses from the critics. Her single "Skyscraper" topped the Billboard countdown chart. A year later she made a guest appearance on the reality show "The X-Factor". She released her latest album Glee in 2013.