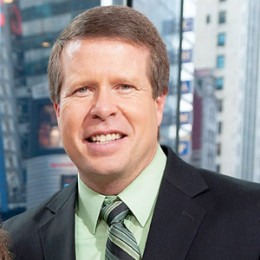 The multi-talented American personality, Jim Bob Duggar is actively involved in real estate business, politics, and television. He is best known for his reality series, 19 Kids, and Counting, the show based on his children and family. He served as the Republican member of the Arkansas House of Representatives from 1999 to 2002. Duggar is married to Michelle Ruark and together are proud parents of 19 children.

Jim Bob Duggar was born as James Robert Duggar on July 18, 1965, in Springdale, Arkansas. He is the son of Jimmy Lee Duggar and Mary Duggar. His mother was the owner of a real estate brokerage agency. He has one older sister, Deanna who was born on 1962.

Jim Bob Duggar was a member of the Arkansas House Representatives for the sixth district from 1999 to 2002. He also held the position of vice chair on the House Corrections and Criminal Law Subcommittee. He was involved in Insurance and Judiciary Committee as well.

In 2002 he was defeated by incumbent senator Tim Hutchinson by more than 50,000 votes in Republican primary election for the United States Senate. During the Republican Party, Presidential primaries in 2008 Duggar and his wife supported Mike Huckabee. Likewise, in 2012, they supported Rick Santorum for president.

Duggar and his wife have published their two books; The Duggars: 20 and Counting! and A Love That Multiplies. Dugar family started a campaigning for Ken Cuccinelli in October 2013.

Duggar along with his kids and wife featured in the reality show,  19 Kids and Counting from 2008 to 2015. In 2011, Ruark faced miscarriage to her 20th child. Duggar and his family are the members of  Institute in Basic Life Principles organization, and they all are Independent Baptist Christians.

In 2015, Duggar revealed shocking news about his son Josh Duggar, he said, at the age of 14 and 15, Josh molested five underaged girls including four of his own siblings. Later, he referred his son to a program that included physical labor and counseling after the suggestion from his church’s leadership.

Duggar has earned a quite impressive net worth from his career and successfully maintained the net worth of $3.5 million.

Michelle Ruark is popularly known as the better half of Jim Duggar. She has launched two books with her husband.

Joshua James is the eldest son of Jim. He is married to Anna Renée Keller and together they shared five children.

Jana Marie is known as the daughter of Jim Bob Duggar. She has appeared in the "19 kids and counting" with his family members.

John-David is the twins with Jana Marie. He is involved in spiritual activities with his father.

Jessa Lauren is married to Benjamin Michael Seewald in 2014 and has two sons.

Jinger Nicole exchanged a vow with Jeremy Joseph Vuolo on November 5, 2016, at Cathedral of the Ozarks, Siloam Springs, Arkansas.

Josiah Matthew was born on August 28, 1996, in Arkansas and lived with his family.

Joy-Anna is a married woman, she tied the knot with Austin Martyn Forsyth on May 26, 2017.

Jedidiah Robert is a twin with Jeremiah. He was born on December 30, 1998, in Arkansas.

Jeremiah Robert is a twin with Jedidiah. He was born on December 30, 1998, in Arkansas.

Jason Michael is lived with his mom and dad in Arkansas. He was featured in their family show.

James Andrew is very close to his dad, Jim Bob Duggar and shared most of his secrets with him.

Justin Samuel is considered as the smartest kid of Jim and Michelle. He was grown up along with his siblings.

Jackson Levi is lived with his mom and dad and featured in the show named "19 kids and counting".

Jackson Levi is lived with his mom and dad and featured in the show named "19 kids and counting".

Jennifer Danielle was born on August 2, 2007, in Tontitown, Arkansas and she lived with her family.

Jordyn-Grace Makiya is the cutest kids among her 19 siblings. She was born in Rogers, Arkansas.

Josie Brooklyn is the youngest child of Jim and Michelle. She was born on December 10, 2009, in Little Rock, Arkansas.