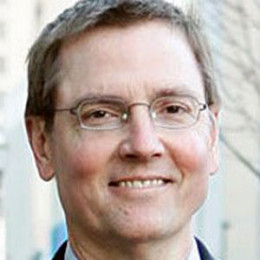 Jim Gray is the current mayor of Lexington. Kentucky. He also served as a vice-mayor from 2006-2010.Gray is a single man. It was shocking news for the fans when he stated that he is gay.

James P. Gray II simply known as Jim Gray was born on August 18, 1953. He was born and raised in Glasgow, Kentucky, US. He is the second oldest son of Lois and James Norris Gray among six children.

Gray attended Emory University in Atlanta. He graduated in History from Vanderbilt University. His father passed away when he was only 19.

Jim joined his family construction business after his graduation in 1975. In 1996 he gained an opportunity to be a Loeb Fellow at Harvard University’s Graduate School of Design. He was the youngest person ever to be elected as a delegate to the Democratic National Convention, held in Miami in 1972.

The 64-year-old Gray was married for almost seven years. Though being in a marital relationship with his wife for such a long time he didn't have any children.

He must have struggled to endure the life never willed to live. In 2005, Jim finally revealed about being gay and got a divorce, freeing himself from the huge burden. As of now, he is a single man.

Mayor Jim makes a decent amount from his career. He certainly holds the staggering net worth. However, his net worth and salary are still under review.