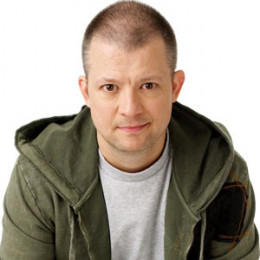 Jim Norton is an American comedian, radio personality, author, and actor known for his work on Opie and Anthony radio show.

Jim Norton was born James Joseph Norton Jr. on July 19, 1968. He is a native of Bayonne, New Jersey whereas raised in North Brunswick, New Jersey. He developed the interest in comedy when he was 12. At that age, he also became an alcohol addict and was sent to a rehab in Princeton, New Jersy at 17.

Jim began his career as a Stand-up in 1990 at an open mic night at the Varsity pub in Sayreville. He worked with his fellow comedians Jim Florentine and Bob Levy as a standup for several years. He joined The Louie Show in 1997.

In 2000, he became a regular on The Opie & Anthony Show followed by Sirius XM Satellite Radio. He was voted best comedian and breakthrough performer of the year in 2004 on the Cringe Humor website. He also became the regular guest on the Fox News Channel, Red Eye w/ Greg Gutfeld.

Norton made his cameo appearance in films like Spider-Man in 2002, Zack and Miri Make a Prono in 2008, Fury Vengeance, and Cop Out. He played a vital role in the film Courting Condi.

Other than that, Norton made his appearance on the HBO shows like One Night Stand and Monster Rain. He co-starred in the sitcom Lucky Louie alongside comedian Louis C.K. He became the host of HBO’s Down and Dirty with Jim Norton.

Besides that, Jim is also a writer. His first book Happy Endings: The Tales of a Meaty-Breasted Zilch released on July 10, 2007. It ranked No. 4 on The New York Best Seller list. The book entered the Amazon.com Top 10, peaking at No.7. His second book I Hate Your Guts released on 4 November 2008. It reached No.13 on The New work Times Best Seller list.

The 49-year-old Norton is a single man. He was rumored to be dating Bree Olson in 2011. However, they never confirmed their relationship. Malin Akerman was alleged girlfriend of Jim as per the rumors. It also turned out to be a false story.

As a stand-up comedian, writer and television personality Jim is well paid from his career. As of now, he has accumulated an estimated net worth of $6 million.