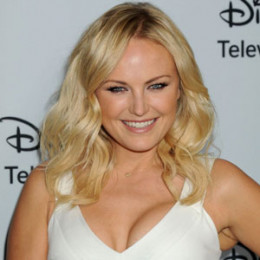 Malin Maria Akerman, better known as Malin Akerman, is a Canadian actress. She is the actress from the movie The Heartbreak Kid and 27 Dresses, which was one of her successful hit movies which rose her name and fame in the Hollywood industry. She was also praised for her role Silk Spectre II in the American superhero movie, Watchmen, and was nominated for Saturn Award and Teen Choice Award for Best Supporting Actress and Choice Movie Actress: Action.

Malin was born on 12th May 1978 and grew up in the city of Stockholm, Sweden. Her mother, Pia Sundstrom is an aerobics teacher and part time model, whereas, her father, Magnus Akerman is an insurance broker. When she was only 2, his father was offered a job in Canada hence she shifted there with her family.

Later, her parents divorced and parted ways; Then, she moved to Niagara-on-the-Lake, Ontario with her mother. She has one half-brother and two half-sisters. She attended different school including Sir Winston Churchill Secondary in St. Catherines, Ontario.

Though she was not into acting from early days, her mother introduced her to modeling and eventually, she made quite a name for herself, attended several advertisement campaigns at the very early age of 12. She was also discovered by Ford Models in a shopping mall in St. Catharines.

Also, she was signed with skin care company Noxzema and moved to Toronto, she attended North Toronto Collegiate Institute and Dante Alighieri Academy there.

While studying at York University, Toronto, she was offered a guest role on television. After she developed an interest in acting, she dropped out of the University and pursued her career in acting.

Malin began her career from the Canadian science fiction series Earth: Final Conflict created by Gene Roddenberry and directed by David Winning playing a smaller role as a robot. In her struggle days, she also worked as a waitress, stayed at a friend’s house and sang for a rock band, Ozono, as a lead singer. She also appeared in various movies in small roles.

later, she landed a lead role as Lila opposite to Ben Stiller in a romantic comedy movie, The Heartbreak Kid, directed by Peter Farrelly and Bobby Farrelly in 2007. The movie was a huge hit which grossed $14,022,105 in over 3.219 theaters in its opening weekend. Altogether, the movie earned $127.8 million worldwide.

Her second successful and hit movie was American superhero movie, Watchmen, directed by Zack Snyder in 2009. She played the lead role and was praised by the viewers in the movie. She was also nominated for Saturn Award and Teen Choice Awards for her outstanding performance in Watchmen.

Malin has also played over 20 TV series and was last seen in a television series, Comedy Bang! Bang!, Created by Scott Aukerman in 2016. The next flick movie Malin will appear in her forthcoming movie Rampage, alongside Dwayne Johnson, Naomie Harris, Joe Manganiello and so on.

Malin was married to Italian musician Robert Zincone. The duo first met in 2003 when she was a lead singer for the band, Petalstones, where Robert was a drummer. The couple married after dating long term on 20th June 2007 at Grand Hotel Moon Valley in Sorrento, Italy.

The couple has a son together, Sebastian Zincone, born on 16th April 2013. But unfortunately, the husband-wife separated and filed for divorce on 2nd December 2013.

After divorce with her first husband, she dated an American actor, Colin Egglesfield, in 2014. But their relationship couldn't last long and they separated in 2015.

Currently, she is dating British actor, Jack Donnelly. The couple also appeared at the closing ceremony of the 57th Monet Carlo Festival. They also shared their romantic moment of kissing in Puerto Rico in different social sites.

Malin was raised a Buddhist and was inspired by a lotus flower which she tattooed in her upper back. In addition, she has a tattoo, Z, on the right wrist in the honor of her husband, Robert Zincone.

Malin has an estimated net worth of $10 million which she earned from her career in acting and singing. She is living a lavish lifestyle along with her son, Sebastian.

Malin married Robert Zincone, an Italian musician, on 20th June 2007. Once they used to work for a rock band, Petalstones, where Malin was a lead singer and Robert was a drummer. They are parents of Sebastian Zincone.

Born on 16th April 2013, Sebastian Zincone is the one only son of Malin Akerman and Robert Zincone. After his parent's divorce, Sebastian lived with his mother Malin Akerman.