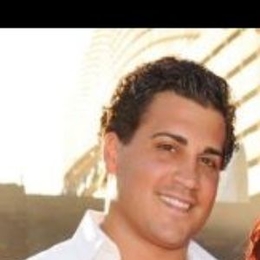 Jionni LaValle is the American businessman and producer for Snooki & JWoww and Jionni's Shore Flip. The New Jersey native is mainly known for being the husband of a famous Jersey Shore star, Nicole Snooki Polizzi.

Jionni LaValle is a happily married man. He walked down the aisle with his long-time girlfriend turned wife, Nicole Snooki Polizzi. Surprisingly, the pair had broken up two times, but in March 2012, she confirmed her engagement and expected her first kid. 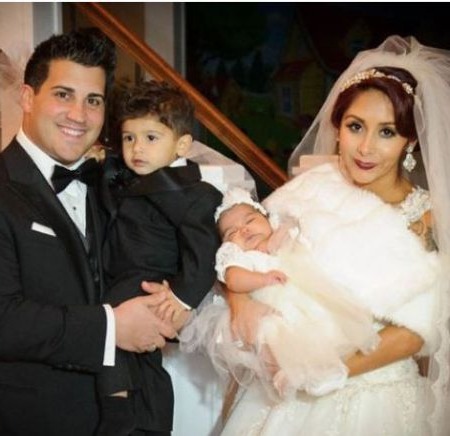 The two started seeing each other after they met at a club by fate in NJ and later during the filming of Jersey Shore Season 3. After completion of the project, Snooki searched Jionnni on Facebook. According to the sources, LaValle won his partner's heart by making her a love pickle pancake.

Further, their relationship has always been on television though Jionni likes to be out of the media spotlight often. Fans could recall the moment in their mind when the true TV star was heavily drunk and mentioned him as 'Bernard' throughout the post-hookup episode in Season 3.

Jionni LaValle and Nicole Snooki Polizzi got hitched in March 2012, and on August 26 of the same year, their first child, Lorenzo Dominic LaValle, arrived on the earth. The duo became proud parents before their marriage. 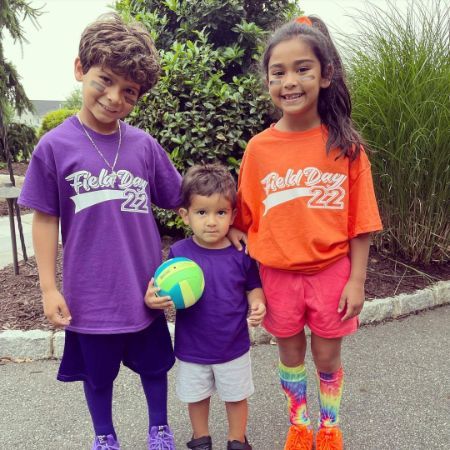 Jionni LaValle is the father of three children. SOURCE: Instagram(@jlavalle5)

Well, Snooki and Jionni lived in his parent's basement in East Hanover after the birth of Lorenzo. Following their nuptials a month later, co-actress claimed that she was pregnant with baby number 2 and had her second child, a daughter named Giovanna Marie Lavalle, on September 26, 2014.

The most recent, Jionni mentioned that her third and youngest child, Angelo Lavalle, who was on her belly bump, was born on May 30, 2019. Her older children, who were ready for their little brother, helped to reveal the sex of the third child in an adorable video posted on her YouTube Channel.

The married couple has been together ever since, but Nicole sparked rumors she may have split from her husband in Janaury of 2022 when the Jersey Shore actress disclosed sleeping in different beds. 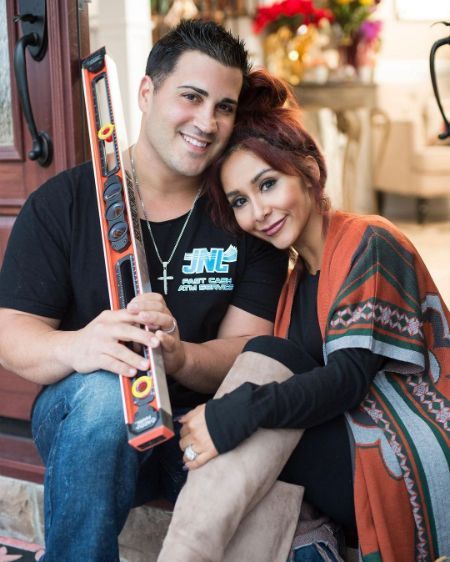 Jionni LaValle and Nicole Snooki Polizzi have been together since 2012. SOURCE: Instagram(@snooki)

Also, Polizzi snubbed him in her Valentine's Day post. When Snooki decided to post three photos on her IG handle, there was no mention of her man, which only fueled the breakup rumors that the pair may have parted their separate ways.

The mom of three seems to shut down the rumors as she shared a clip of what her man got her for Valentine's day. Fans were previously more focused on Nichole's jewelry on her Instagram page as she had seemingly ditched her wedding ring.

Not to mention, Jionni is a well-known American television producer who worked in many hit TV shows and series. Some of his acclaimed works are Jersey Shore, Dancing With the Stars, Snooki & JWoww and Nicole Jionni's Shore Flip.

The 35 years old came to media attention when he got introduced as one of the house members on MTV's hit reality TV series Jersey Shore. The show featured his dating life drama with Nicole Polizzi. The popularity led him to film two more spin-off series. Nicole earned $150,000 per episode in the show's sixth and final season.

Well, the New Jersey native's other source of income includes his T-shirt company named NJ Fatman, established in 2012 and an ATM business. Both Jionni and his wife are pretty rich and had entered the business of flipping homes for profit while investing in the profit area of New Jersey shore real estate.

The power couple keeps their potential business success and failures on shows called Nicole and Jionni's Shore Flip. The duo was paid well by the FYI network for episode of the series, and Jionni uses the money for a real-estate flipping business.

Angelo Lavalle is the third and youngest child of Jionni LaValle.