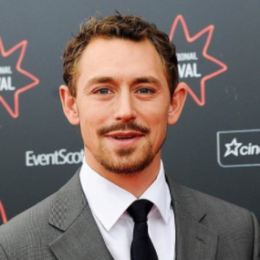 JJ Feild is a leading American actor best known for his appearance in Ford Vs. Ferrari, Blood: The Last Vampire. Professor Marston & the Wonder Women, Captain America: The First Avenger is the highest-grossing movie of JJ Feild.

Who is JJ Feild's Wife? How Many Kids Does He Have?

JJ Field has not married till today's date. But he has been in a live-in together relationship with a Canadian actress Neve Campbell since 2011. JJ Feild and Neve Campbell have crossed eleven years of relationship. Notably, they are still leading a sound life. 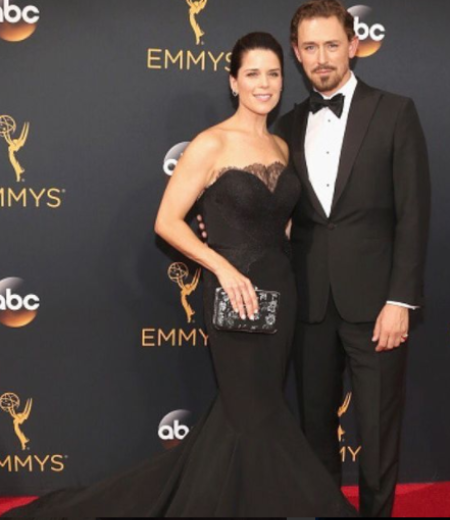 JJ Feild is in a relationship with actress Neve Campbell

In addition, The Feild-Campbell duo is proud parents as well. They confirmed expecting their first child in March 2012. In August of 2012, Campbell gave birth to their son Caspian Feild.

On June 29 June 2018, the lovebirds announced they had adopted a son in January 2018. The pair is now parents to two children and live a happy life at their home.

Neve Campbell has previously married and divorced twice in life. Her first marriage was to Jeff Colt in 1995. Jeff Colt is an actor known for Mulgan Men and Red and Black. However, after divorce from first husband Colt in 1998, Neve moved on to another man.

Campbell walked down the aisle with English television and theatre actor John Light. They tied a knot in 2007 in a private ceremony but soon called it quits in 2011, citing personal issues.

How Much Is Captain America star JJ Feild's Net Worth?

JJ Field has worked in the entertainment industry for over two decades now. He has an estimated net worth of $1 million.

The veteran actor started his acting career, landing a role in the police procedural "Heartbeat." After becoming viral, Feild made his first film debut in the indie drama "Last Orders." Further, he spent the next few years working as Kathryn Bigelow on the Russian submarine thriller K-19: The Widowmaker. 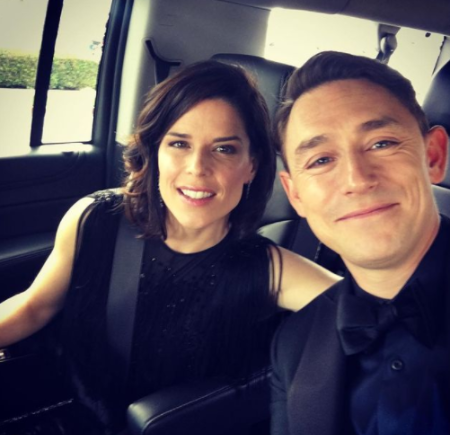 Subsequently, he landed the role of Peter Greenaway in The Tulse Luper Suitcases Part 1: The Moab Story", The Tulse Luper Part 3: From Sark to the Finish", and "A Life in Suitcases." From 19989 to 2013, Feild played the character of Simon Doyle in the Death on the Nile episode of Agatha Christie's Poirot".

Check out the clip of JJ Feild talks about working with his wife, Neve Campbell!

Later on, he was portrayed in The Ruby in the Smoke, The Shadow in the North, Northanger Abbey, and Telstar. JJ's other acting credit includes Captain America: The First Avenger, The Night watch, Austenland, Turn: Washington's Spies, The Romanoffs, and Turn Up Charlie.

John Joseph Feild is married to Neve Campbell. His wife Neve is a Canadian actress with whom he has two kids.

Caspian is the only biological child of Neve Campbell and JJ Feild. Caspian was born in 2012. He has an unbiological sinbling.