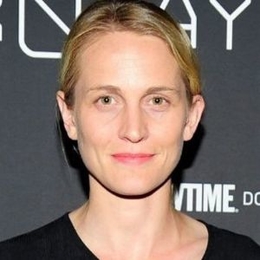 Joanne Tucker is an American actress who appeared in The Report (2019), Give or Take, and Gayby (2012). More significantly, she rose her fame becoming the wife of the well-known actor, Adam Driver.

Joanne Tucker's Married Life with Adam Driver, Reason Behind Keeping Their Son Secretly from the Limelight

Joanne Tucker tied the knot with Adam Driver, 36, on June 22, 2013, privately. Her Husband, Driver, is the Oscar nominee actor in Hollywood, who prefers to keep a low profile. Many sources have revealed that the lovely couple welcomed a son, who is three years old, and they have successfully kept the child out of the spotlight. 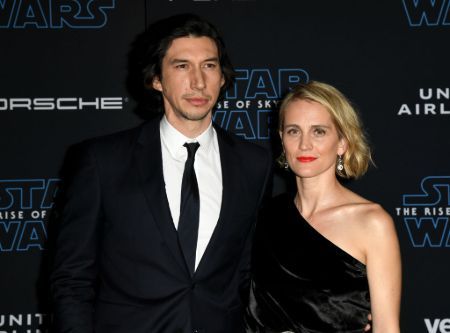 Firstly, Tucker and Driver met at the prestigious Julliard School of Acting in the early 2000s. They became friends quite fast, and the friendship eventually turned into a relationship. He has reported that Tucker always has been an inspiration for him in every path of life. Furthermore, she helps him to manage the nonprofit charity firm named Arts in the Armed Forces, which they formed together.

Many rumors were circulating that the two were blessed by a son in late 2018- two years prior. Sources indicated the ultra-private pair had managed to keep their child's existence, a boy, entirely under wraps to shield him from the public and the press. Moreover, they have an interesting love history as two often surprise each other, sharing gifts. In a recent interview, the 6 feet 2 inches tall actor stated that Joanne gifted him a dog named Moose as he wanted to adopt a dog for a very long time. 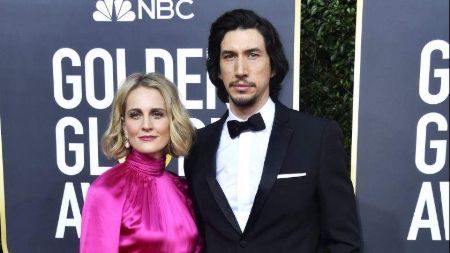 Apart from this, the lovey-dovey duo is spotted in various events, including Grammys, Oscars, Red Carpet, and so on. Hence, there is no sign the lovebird will get apart plus enjoying a delightful relationship together with their son in Brooklyn.

After Tucker was graduated from Julliard College, she started with her acting job. Likewise, the mother of one debuted starring in the romantic movie Loft. Later, she shared the camera with her husband Adam Driver, in the Comedy-drama film Gayby. In 2014, Joanne acted as a struggling novelist in the movie, Listen UP Philips. 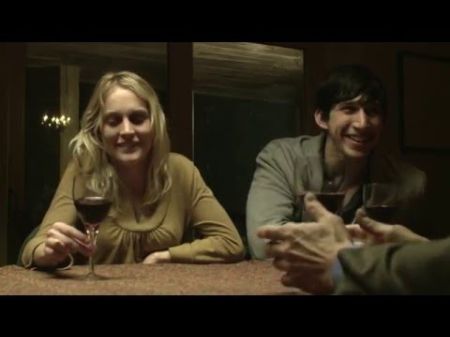 Joanne Tucker and her partner, Adam Driver, in the short movie The Basement. SOURCE: YouTube

Two years later, the 5 feet 6 inches tall actress aired in the television series titled Billions in 2016. Subsequently, she was cast on the fifth season of Driver's popular HBO television series named Girls. In the same year, she appeared in a documentary movie, Zero Days, in which she portrayed the role of a NSA character.

The 37 years old actress also works in The Rattlestick Playwrights Theatre, Classic Stage Company, Cincinnati Playhouse, and MoCA, in addition to her television shows and films.

How Much Does Joanne Tucker Worth?

Though Adam's wife has not disclosed her income and net worth in public, there is an assumption that she has a net worth of $1 million. She made a fortune acting in movies, and even the firm shared with her husband. So far, she has worked in 14 films and TV series. 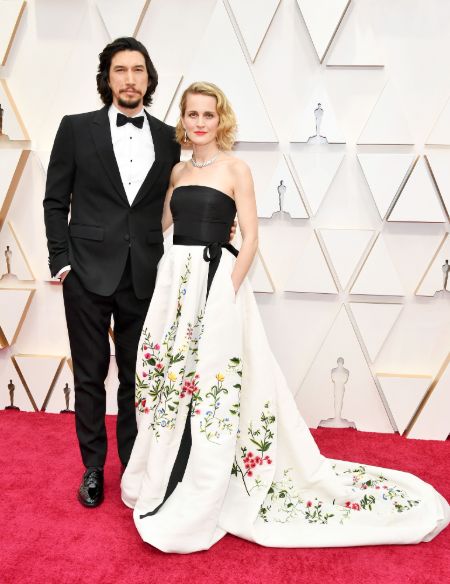 The Gayby actress Joanne Tucker and her husband, Adam Driver, holds the combined net worth of $11 million. SOURCE: Oprah Magazine

Besides, Joanne's spouse holds a staggering net worth of $10 millions. Hence, she, with Adam, has combined net worth of $11 million as of 2020. There is no doubt; the Driver family is living a luxury life.

Stay in touch with marriedwiki.com for more new Gossips, Timelines, and Scandals too.

Adam Driver is an excellent American Actor, who has amazed millions of audiences by his appearances onscreen. He married the actress, Joanne Tucker, who used to become his friend at college and welcomed a son with her. He has always kept a low profile that not single sources have passed to collect his child's information.