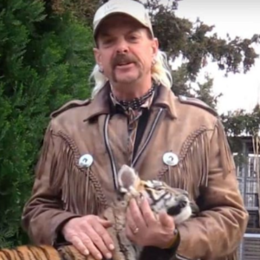 Joe Exotic is an American former owner, zoo operator as well as a convicted felon who is currently sentenced to 22 years jail for murder-for-hire and wildlife charges. He had claimed to be the most prolific breeder of tigers in the United States. 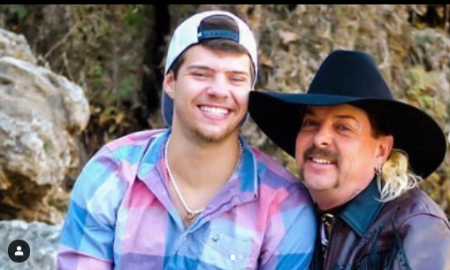 As Joe Exotic has been sent to jail, Passage revealed he doesn't know if the Tiger King star cheated on him and found someone else in jail. Dillon and Exotic used to talk several times a day before he was moved to a different facility, but now their communication has decreased. Dillon said Joe would support him in case he decided to find a new partner.

Exotic is openly homosexual, he had a number of husbands who were included in the documentary, and some were not touched at all. It's hard to point out exactly who Joe's husbands were because apparently, he didn't legally marry each of them. Prior to dating men, he fathered a child, Brandon Chappell (1982) with girlfriend KIM. However, his first is believed to have been a man, Brian Rhyne who was not included in the Netflix series.

Rhyne was a slender, sassy 19-year-old when he first met Joe Exotic at a gay cowboy bar Round-up Saloon before the zoo came to be. Immediately, the two moved in with each other and were married unofficially. Sadly, Brian passed away in 2001 due to complications of HIV.

Later on, he wed Jeffrey Charles Hartpence, an event producer who helped Joe to promote his shows. At the same time, he was accused of creating a crime of offending a 14-year-old child for sex. Today, he is serving a life sentence in prison for first-degree felony murder.

Joe dated John Finlay while he had just graduated from high school. When John was kindling romance with Joe there was another man on the scene known by the name Paul. After that, he met Travis Maldonaldo who began working in the zoo in 2013.

As shown in the "Tiger King" documentary, Joe married Travis and John at the big ceremony in 2014. After a year, John became tired of Joe and his life at the zoo which resulted in a bitter breakup.

How Much Is Joe Exotic's Net Worth?

Joe Exotic is now a big name in animal rescue and has an estimated net worth of $15 million. He received thousands of dollars from his job. In 2001, the Chief Executive Officer of Big Cat Rescue in Tampa sued Exotic for $1 million for trademark infringement. 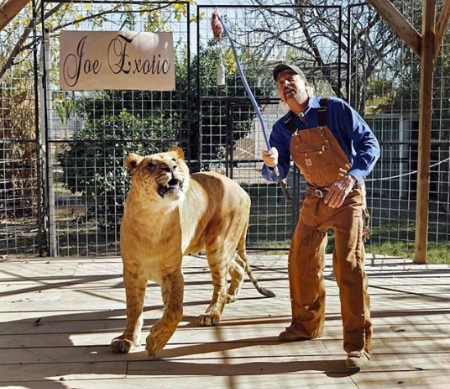 The lawsuit led Exotic to file bankruptcy immediately, however, it also turned him into a bit of a celebrity. Luckily he was hired by Good Clean Fun Production to create a reality TV show. And, when the reality show couldn't launch Exotic took to YouTube to create JoeExoticTV where he recorded footage of the park itself along with a broadcast of himself lipsynching to country songs about animals and a few political messages.

Stay tuned to Marriedwiki.com for more biographies and celebrity-related articles.

Joe Exotic aka Joe Maldonaldo Passage is married to a bartender, Dillon Passage since 2015. They met through online site Grindr in Oklahoma since then never turned back.

Joe Maldonaldo Exotic was married to Brian Rhyne in 2000. They met at a gay cowboy bar and started dating. Their relationship lasted only for a year.

Joe Exotic was married to an event producer Jeffrey Charles Hartpence in 2002. He helped Joseph to create and promote his TV show.

Joseph Maldonaldo aka Joe Exotic married John Finlay, Travis, and Paul in 2014 at the big three-way ceremony. The two remained husband-wife only for a year. Tow of them are stars of Tiger King.