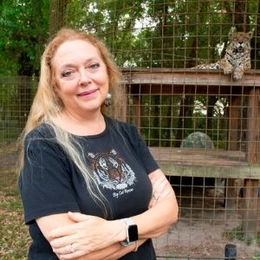 Carole Baskin is an animal rights activist and sanctuary owner known for being featured on Netflix documentary series "Tiger King: Murder Mayhem and Madness. Her appearance on the docuseries featured a share of accusations against her from other people on the show.

The animal rights activist and sanctuary owner, Carole Baskin has been married three times and divorced twice in her life. The 59-year-old Carole is enjoying a blissful married life with her third and present husband, Howard Baskin. 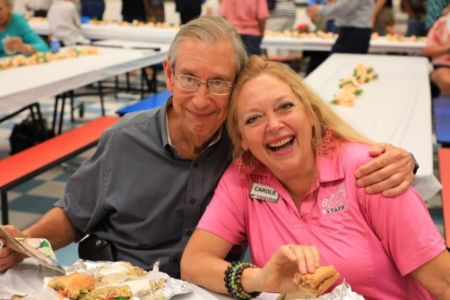 Carole Baskin encountered Howard Baskin at a kick-off party for No More Homeless Pets organization in November 2002. Howie proposed Carole in November 2003 and married in 2004. The Carole-Howard duo doesn't have any children and despite that, they relish one another's company with no signs of divorce.

Previously, Carole Baskin dated Michael Murdock, her boss at the department store at age 17. They later tied a knot on April 7, 1979. The animal activist never loved him but only married because her parents were disappointed that they had been living together outside of marriage. The duo welcomed a daughter Jamie Veronica Murdock on July 16, 1980. 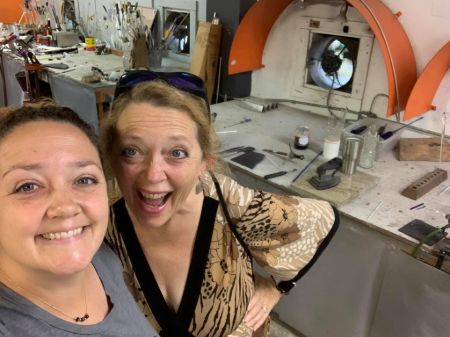 Baskin met her second husband Don Lewis at age 19 whom she met at Nebraska Avenue in Tampa. The lovebirds engaged in an affair while both were still married. She became one of Lewis' many girlfriends and grew his wealth by helping him buy and sell real estate in 1984.

As per Baskin, Lewis was obsessed with sex and would frequently fly to Costa Rica. There he had substantial real estate properties to have romantic affairs timing the trips whenever Carole was menstruating.

Since the past few months, people have been speculating if Carole Baskin had really killed her ex-husband Don Lewis. It's not still proved if Carole is the pervert for creating the crime.

Back in July 1997, Lewis filed a restraining order against Carole claiming that she threatened to kill him. Later the restraining order as canceled. A month later Lewis disappeared in August 1997 and was declared he dead in 2002.

Unlike, Howard, Carole Baskin planned a business trip to Costa Rica, investigators said Baskin shortly after the disappearance. His van was seen near a Pasco County, Florida airport.

In 2017, Maldonaldo paid a zoo worker cash to kill Baskin, instead, the worker took the money and ran. In a second attempt, Joe Exotic hired another hitman who tried to be an undercover FBI agent, prosecutors said. He is now sentenced to 22 years behind bars.

How Much Is Carole Baskin Worth?

Carole Baskin has not yet revealed the exact figure of her net worth or earnings. However, some sources claim she is worth $5 million at present. You Might be wondering how much did Carole Baskin inherit from Don Lewis properties? 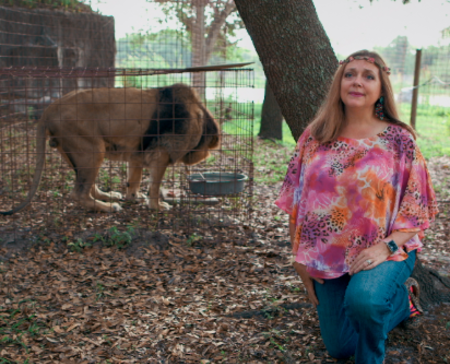 Well, to mention, Carole reported Don legally dead after five years and a day after his disappearance. Next Don's family claimed that Carole took most of Don's luxuries for himself. Don's children received only $1 million in properties when his fortunes were estimated at more than $5 million.

According to a cheatsheet, Carole received a temporary court order to use $152,000 from Don's real estate operations to run the Big Cat Rescue. She then decided to give those settlements to stepdaughters (Don's daughters with his ex-wife before Carole) $1 million so that she could get the rest.

Baskin, 59, reportedly made somewhere in the vicinity of $20,000 on just her first day as part of Cameo, the video calling service where users can pay celebrities to record personalized greetings.

The Florida based CEO of Big Cat Rescue has a page set up in the Cameo site where fans can pay over $199 for Carole to record a 30-second personalized video message to their loved ones.

She greets and welcomes Cameo users wearing one of her trademark flower crowns. On top of that, Carole asks her fans to go through her Big Cat Act website to financially help her wild feline rescue sanctuary.

Ms. Baskin has been no stranger to the exotic animal scene since the '90s when she and her then-husband Don Lewis established the sanctuary called Wildlife on Easy Street in Tampa, Florida.

She began rescuing cats from November 1992 and changed her passion into Big Cat Rescue. The sanctuary gives shelter to more than 50 exotic, including lions, cougars, tigers, and bobcats.

Some Interesting Facts of Carole Baskin

Carole Baskin married a boss at a department store, Michael Murdock on April 7, 1979, and divorced in 1981. The duo shares a daughter Jamie Veronica Murdock.

Late. Don Lewis was the second husband to animal activist Carole Baskin. They began dating in early 1984 but tied a knot in 1991 after divorcing their respective partners.

Howard Baskin is the third and present husband of Carole Baskin. They met in 2002 but walked down the aisle two years later. The pair have been together for over 19 years.

Carole Baskin is a mother to daughter Jamie veronica Murdock with first husband Michael Murdock. She resembles the face of her mother, Carole, and has strong bonding between the two.