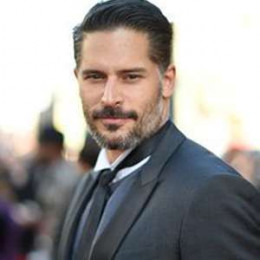 Joe Manganiello is an actor, producer, author, and director. He was born to mother Susan of German/Austrian and Armenian descent and father Charles John Manganiello of Italian descent. Joe was voted by the readers of Entertainment Weekly for favorite Pop-Culture Werewolf of All Time in 2011. He was a good at sports and he was the captain of the football, basketball, and volleyball teams during high school.

Joe Manganiello began finding work in television as Tori Spelling’s boyfriend on VH1’s "So Notorious" in 2006. In the same year, he also worked an Alcoholics Anonymous sponsor in the television show, Pilot Edison. Joe became a published author when his first book, Evolution: The Cutting Edge Guide to Breaking Down Mental Walls and Building the Body You've Always Wanted, was released by Simon & Schuster’s Gallery Books in 2013. He is married to Sofia Vergara.

Sofia Vergara is a Colombian-American actress, comedian, producer, television host, model, and businesswoman. They have been married since 2015.