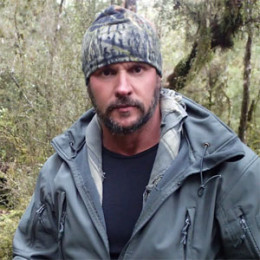 A television personality and retired soldier, Joe Teri is well known for starring in the Discovery Channel's reality television series, Dual Survival. He is a former Force Recon Marine, Army Special Forces “Green Beret”, and a former operator in a highly classified government counter-terrorist unit. He has held a TOP SECRET-SCI with polygraph security clearance, the highest security clearance awarded by the U.S. government.

Joe Teri was born as Joseph Teti in Pittsburgh, Pennsylvania, in 1963. He belongs to the White-American ethnicity/race and holds American nationality.

Teti’s mother passed away when he was in 11th grade. While in high school, he was an athlete that gave him an upper hand in his military career as well as his fitness training.

Joe Teti joined Marine Corps boot camp at the age of 18, on December 10, 1981. He served in the Marine Corps for seven years.

Furthermore, Teti also served in the US military as well as US government special operations units. He is also a former operator of a highly classified government counter-terrorist unit.

After the military retirement, Discovery Channel selected Teti to star in the third season of the reality series, Dual Survival alongside Cody Lundin.

Joe Teti might be married, as he has disclosed few details regarding his personal life. Despite the popularity, he has kept his personal details low profile.

Some online sources have reported that he is married and has split with his wife. The woman who was said to be his wife confronted the media telling the lies he told about his military service.

However, the allegations proved worthless with several pieces of evidence pointing to Joe's side.

Joe Teti has earned a tremendous sum of money worth through his military career and television career. As per some online sources, the reality star has the net worth around $300 thousand.