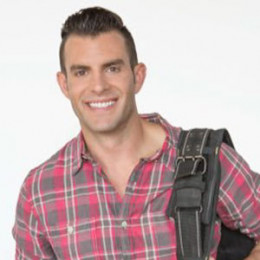 John Colaneri is the co-host of HGTV's Kitchen Cousin. He stands out as a dynamic business maven in his own right. He has also starred in the online series Chill and Grill on ULive .com and AOL's MANuscript.

He also worked as a builder and designer before being cast by HGTV. Colaneri is a happily married man. He is married to model Jennifer Walker and the duo is blessed with one daughter.

John Colaneri was born on March 6, 1981, in New Jersey, the United States under the birth sign of Pisces. He belongs to White-American ethnicity and holds American nationality.

Colaneri earned the bachelor degree in science in labor and industrial relations with a minor business management from Pennsylvania State University in 2003.

John Colaneri is the co-host of Kitchen Cousins. Also, he starred in multiple online series including Chill and Grill on ULive.com, AOL's MANuscript and in Grand design with his cousin Anthony Carrino on Ellentube.

Colaneri and his cousin redesigned more than hundreds of kitchen and houses. His journey has built an extraordinary professional acumen along the way. Before being cast by HGTV, he worked as a builder and designer.

He worked as the United States Operation Manager in international entity Faital S.P.A. Later he has worked for his family construction business starting in 2007 as a senior project manager.

John Colaneri is living a luxurious life and has a lavish house and stunning stylish car. He has not revealed his net worth, but as a co-host of HGTV's show we can estimate his net worth is not less than million. Redesigning the kitchen and houses is the main sources of his income.

As per the sources, the earning of HGTV's producer is $9K- $10K so that we can guess that his earning through HGTV is around $10K. From his work as a senior project manager, his earning range from $2million-$7 million.

Colaneri is a happily married man. He is married to model Jennifer Walker and blessed with one daughter Lilyan Belle in December 2014. Though they had been friends for nearly seven years prior, it only took a couple of months following their first date for him to propose to his true love Jennifer Walker.

John met her when he was in California filming an episode of Kitchen Cousins with co-star and cousin Anthony. In front of thousands of viewers, John bent down on his knees and asked Jennifer to marry him. One year later in New England town, an elegant church ceremony united the couple as husband and wife. 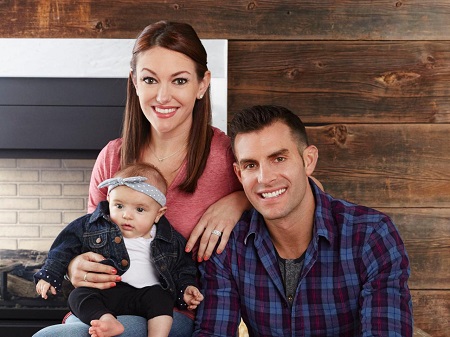 John Colaneri with his wife and daughter
Source: HGTV
In an interview of Your Tango, he said

"When I saw my wife for the first time, I fell in love with her. I knew she was one for me. There was the instant attraction. She played hard to get and I finally swooped her off her feet six years later".

The couple is expecting their second child as of February 2019. John shared an image of his lovely wife holding her baby bump via Instagram post.

The post was followed by many comments, blessings and best wishes from their admirers.

He married to model Jennifer Walker and blessed with one daughter. He spends most of the time with his wife and his little daughter.