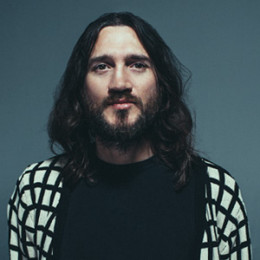 John Frusciante is a guitarist, singer, producer, and composer. He is best known as the former guitarist of the rock band "Red Hot Chili Peppers," from 1988 until 1992, and again from 1998 until 2009. John recorded five studio albums with them.

Frusciante is the son of John Sr., a Juilliard-trained pianist, and Gail a promising vocalist gave up her career to be a stay-at-home mother.

John Frusciante was previously hitched to Nicole Turley, a drummer and lead vocalist of the experimental band Swahili Blonde. The couple married on 31st July 2011. On 8th May 2015, it was announced that the couple had filed for divorce. John is the youngest member of a band 'The Red Hot Chili Peppers'.

Frusciante was born on March 5, 1970, in Queens, New York. His parents are, John Frusciante Sr., a Juilliard-trained pianist, and his mother Gail Frusciante was a promising vocalist who gave up her career to take care of kids at home. The Frusciante family moved to Tucson, Arizona, and then Florida, where his father served as a Broward County judge until October 2010.

John's parents separated and he moved to Santa Monica, California with his mother. A year later, Frusciante and his mother moved to Mar Vista, Los Angeles with his new stepfather. He then became really engrossed in the L.A. punk rock scene.

Despite initial struggle, John Frusciante fulfilled his dream of becoming a professional musician. However, his audition for Frank Zappa was unsuccessful.

Frusciante did not give up and he ended up becoming a guitarist for Red Hot Chilli Peppers when he was just 18 years of age.

John was with the band for four years from 1988 to 1992. He then briefly quit the band before rejoining in 1998. He discontinued working with the band in 2009. He recorded five albums in total with the band.

John has also released several solo albums. Moreover, he has worked together with many famous artists such as Duran Duran, The Bicycle Thief, Glenn Hughes, Ziggy Marley, and Johnny Cash.

John Frusciante has been involved in lots of drug controversies. He was involved in marijuana smoking and heroin addiction due to which he joined rehabilitation center in 1997. 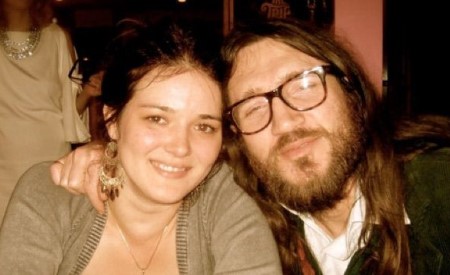 John married Nicole Turley in 2011. His wife was a musician with the band named Swahili Blonde. However, the pair did not last long. Turley filed for a divorce on 8th May 2015. It was revealed Nicole sought $75,000 a month as part of divorce settlement.

John did not accept to pay the amount, however, the court ruled the decision in favor of Turley and ordered Frusciante to pay $53,000 per month to his former wife. Moreover, he even had to pay $71,000 to cover Turley’s legal expenses.

John later made negative comments about Turley's career. He said:

"I don’t know if you can call her recording efforts a hobby or a past-time … but it seems improper to characterize Nicole as a professional musician."

Meanwhile, John is known to have plenty of affairs in the past. The musician was in a relationship with Tony Oswald from 1989 to 1996. He then dated Milla Jovovich in 1999 and broke up just a year later.

In the early 00s, Frusciante dated Stella Schnabel and got engaged in 2002. However, the couple broke up a year later in 2003. Moreover, he was rumored to date Emily Kokal before they reportedly split up in 2007.

John Frusciante's net worth is estimated to be $14 million. His source of income includes salary and earnings from rock concerts and musical shows.

John earned his reputation as the main guitarist of the famous Rock band Red Hot Chilli Peppers which helped him make a fortune.