John Nirenstein is a Silicon Valley venture capitalist who currently owns 'Phoenix Restorations LLC', in California. He co-founded 'Ebates' which he sold to Rakuten Japan for $1 billion. He is also the father of famous YouTuber 'Parker Nirenstein' of channel 'Vehicle Virgins'.

Know More About John Nirenstein Relationships and Personal Life: Who is His Wife?

John Nirenstein was once married to Michelle Nirenstein. The couple is blessed with two children, a son Parker Nirenstein and daughter Madison Nirenstein. 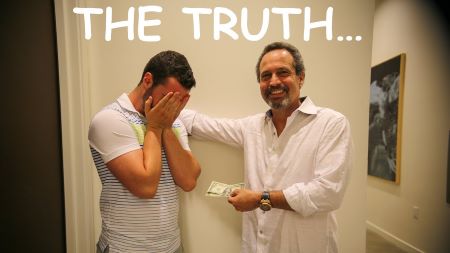 While John Nirenstein is big in the business world, his son, a car collector is making a splash on YouTube with over 2.9 million subscribers and over 527,151,554 views. John is very supportive of his son's career and makes appearances in some of his videos.

Sadly, John and his wife got divorced due to irreconcilable differences. They've been divorced for well over 10-years.

John appeared in a video called 'DAD REACTS TO DRIVING MY 800HP LAMBORGHINI!' in March 2018.

Seems Nirenstein has good bonding with his son!

John Nirenstein is venture capitalist and is part of many successful business ventures including Ebates which he sold to Rakuten Japan for $1billion in October 2014.

Many assume John Nirenstein is a billionaire because of this transaction, however, John cleared the rumor in his son's YouTube channel, Vehicle Virgins that he is not a billionaire, he is just lucky that his business investment has been successful. 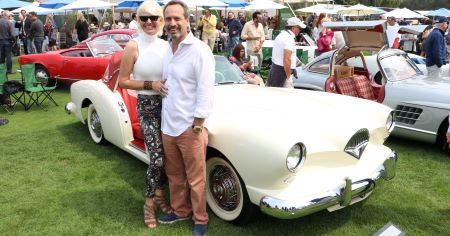 John Nirenstein was once married to Michelle Nirenstein. They share two children with each other. They got divorced around 10-years ago.

Parker Nirenstein is a YouTuber who runs the channel Vehicle Virgins. He has an impressive car collection. He lives in California.

Madison Nirenstein is an equestrian and a fitness expert. She is the sister of famous Youtuber Parker Nirenstein.