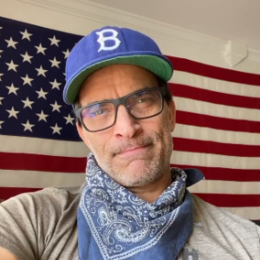 Johnathon Schaech is an American writer and actor best known for Hush, Reprisal, Prom Night and That Thing You Do. He has contributed to the Hollywood entertainment industry for thirty years. Moreover, Johnathon has evermore dated Hollywood's big names.

Actor Johnathan Schaech is currently enjoying the good life with his wife Julie Solomon with whom he tied the knot in July 2013 in Ocean City, Maryland. Together Johnathan shares two children with his present wife, Julie. The actor decided to take romance to the next level after finishing shooting Hercules 3D for three months in Bulgaria. 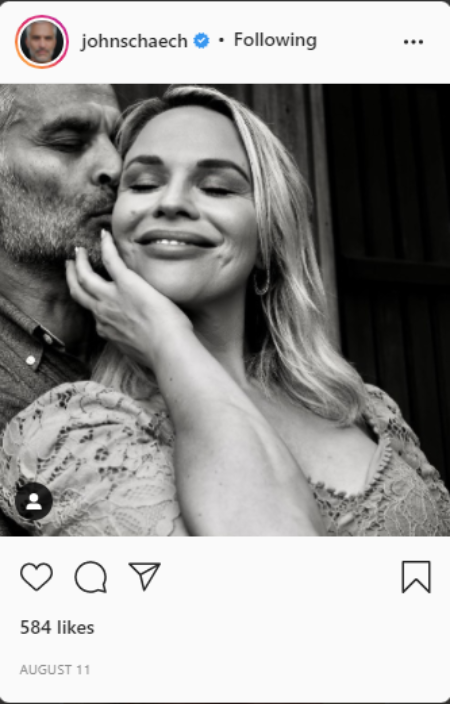 Johnathan Schaech and Julie Solomon have been married since 2013. SOURCE: Instagram

Julie gave birth to the couple's first child Camden Quinn Schaech on September 12, 2013. Similarly, she welcomed the second one on January 14, 2020. The amazing parents named their kid Camden after Oriole Park at Camden Yards.

Jonathan Schaech has married and divorced two times in life. His first marriage was to American actress Christina Applegate in 2001. Sadly, the pair called it quits in 2007 after six years of togetherness. 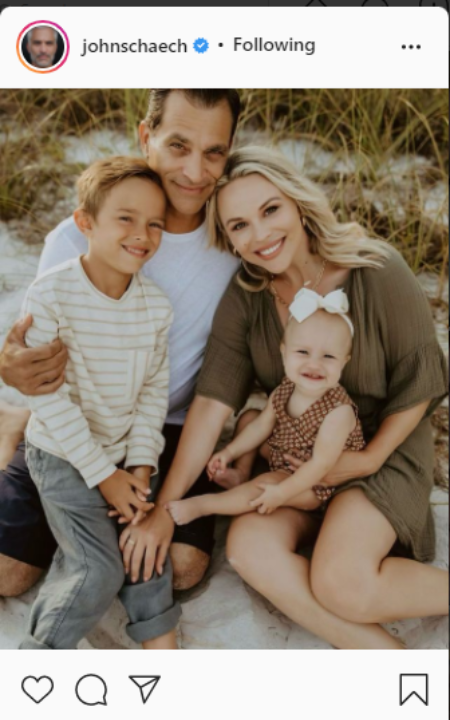 Johnathan Schaech is a mother to two kids. SOURCE: Instagram

Following the divorce, Schaech went on to marry Jana Kramer. Johnathan's marriage with Kramer could not last long. They remained husband and wife for a year. And, their marriage did not only remain bitter while they were together but also after Schaech and Kramer parted ways. Kramer who is known for her role in Soccer Mom Madam later claimed she was upset and bothered after Schaech posted their wedding pictures on his Twitter page. Kramer also said that she had to explain to his son that she had been married three times because of the picture.

Schaech signed Wilhelmina West and served for three years doing commercials in 1989. In 1993, Schaech landed a major role in Franco Zeffirelli's drama Sparrow. Later, he appeared in the film The Doom Generation. 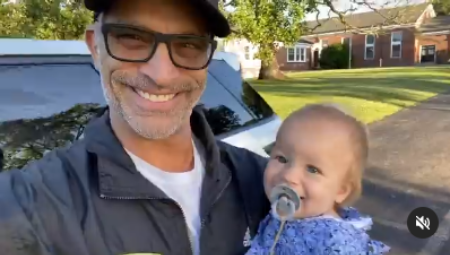 Johnathon starred in hot movies including How to Make an American Quilt, Hush, That Thing You Do, Welcome to Woop Woop, Houdini, Time of Your Life, and How to Kill Your Neighbour's Dog. In addition, his other movie credit includes 5 Days of War, Angels Fall, Little Chenier and Suzanne's Diary for Nicholas.

Speaking of television shows, the father of two kids played in series like The Legend of Hercules, Crisis on Infinite Earths, Legends of Tomorrow, Reprisal, The Night Clerk, Phantom, Texas Rising, and Crisis of Infinite Earths. and so on.

Jana Krammer and Johnathon Schaech were married for one year. They exchanged vows in 2010 and divorced in 2011.

Christin Applegate was happily married to Johnathon Schaech for over six years. The couple did not have any children.

Jonathan Schaech is spending quality time with his present wife Julie Solomon. They are together since 2013.

Camden Quinn is the only child of Jonathan Schaech with wife Julie Solomon. Camden is currently 8 years old.