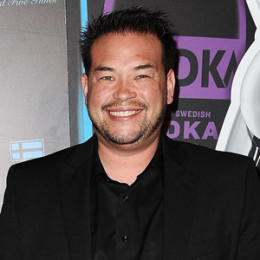 Johnathan Keith Gosselin, better known as Jon Gosselin, is an American TV personality. He rose to a fame from the American reality TV show Jon & Kate Plus 8 with his wife and eight children. Later, the show was named Kate Plus 8. The couple has written a book titled, Multiple Blessings: Surviving to Thriving with Twins and Sextuplets which was listed as one of the Best Seller books in The New York Times.

Jon Gosselin was born on 1st April 1977 in the city of Wyomissing, Pennsylvania, U.S. He is the son of Pamela Castello and Thomas Gosselin. His mother is the second-generation Korean American, whereas, his father is a French Irish and Welsh descent. He is a sibling brother of Thomas and Mark.

He attended Wyomissing High School and passed out his graduation degree from there in 1995.

Jon along with his wife Kate Kreider was offered a reality series, Surviving Sextuplets, and Twins, chronicling the lives of their family by Discovery Health after they received local media coverage until his sextuplet children were 17 months old.

The TV series was first aired in September 2005 which rose his name and fame all around the world. The following year, the family were featured in the TV show, Sextuplets, and Twins: One Year Later.

The couple received high Nielsen rating and Discovery Health signed the couple to a series which start from April 2007. During the period, the family was filmed for three to four days per week and received payment for appearing on the TV shows. They also appeared in the TLC, an American basic cable, and satellite television network.

He also works for Green Pointer Energy in Pennsylvania, installing solar panels. He also worked at Pennsylvania as a waiter. Later in 2015, he worked as a DJ and has 12-15 gigs a month in his hometown of Wyomissing, Pennsylvania.

Moreover, the couple has written a book, Multiple Blessings: Surviving to Thriving with Twins and Sextuplets, which was The New York Times Best Seller list.

Jon is a married man. He was in a love relationship with an American television personality, Kate Kreider since 1997. The couple married on 12th June 1999 with including some family member and close friends.

The husband and wife first give birth to twin daughters: Cara and Madelyn, on 8th October 2000.

On 10th May 2004, Kate gives birth to sextuplets, son Aaden, Collin and Joel and daughters Alexis, Hannah and Leah. The sextuplets were born 10 weeks premature and were common in the case of multiple births.

Later, on 22nd June 2009, the beautiful couple separated and the reason behind their separation was Jon’s affair with Hailey Glassman. But Hailey denied that speculation saying that her relationship with Jon started after Jon and Kate had separated for months.

According to the sources, Jon was in a relationship with a registered nurse, Colleen Conrad since October 2014 but the relationship did not long last and separated in the year 2015. Currently, he is single and leading a single life.

Jon Gosselin has an estimated net worth of $10 thousand. According to the sources, his salary per episodes of Jon and Kate Plus 8 was $22,500. Till now, the couple has done 108 episodes together.

Jon Gosselin is married to Kate Kreider on 12th June 1999. Kate is an American television personality who achieved national and international recognition on the US reality TV show, Jon & Kate Plus 8. The couple is blessed with 8 children.

Cara is the twin daughter of Jon Gosselin and Kate Kreider who was born on 8th October 2000.

Madelyn is the twin daughter of Jon Gosselin and Kate Kreider who was born along with Cara on 8th October 2000.

Aaden is the first sextuplets children of Jon Gosselin and Kate Kreider who was born on 10th May 2004.

Among the sextuplets, Collins is the second son of Jon Gosselin and Kate Kreider born on 8th October 2004.

Joel is the third sextuplets son of Jon and Kate who born on 8th October 2004.

Alexis is the fourth sextuplet daughter of Jon and Kate born on 8th October 2004.

Hanna is the fifth sextuplets daughter of Jon and Kate born on 8th October 2004.

Leah is the last sextuplet and younger daughter of Jon and Kate born on 8th October 2004.