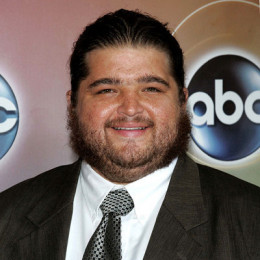 Jorge Garcia is an American comedian as well as an actor. He is best known for his role in a television show named Becker. Currently, he starred in FOX television series named Alcatraz. Dora Mesa, his mother is a professor and Humberto Garcia, his father is a doctor. He had completed his graduation from University of California Los Angeles. His estimated net worth is about $5 million dollars.In his career till date he has been nominated for several awards as well as he has won many awards including Screen Actors Guild Awards for Outstanding Performance. He is possibly single at the present.

Jorge Garcia was born on April 28, 1973, in  Omaha, Nebraska to Dora Mesa, a Cuban-born professor, and Humberto Garcia, a Chilean-born doctor. He is America and belongs to the mixed ethnicity. He was raised in San Juan Capistrano.

Garcia joined San Clemente High School, he used to wrestled in high school and was given by the nickname "Baby-Faced Killer".  As a senior, Garcia was selected by the faculty as "Triton of the Year". In 1995, He graduated from the University of California Los Angeles (UCLA) as a Communication Studies major. He also learned acting at the Beverly Hills Playhouse acting school.

Jorge Garcia spent six years of his life at  Borders Books and Music while auditioning, he also worked in few commercials during that time. After few commercials and ad films, he worked in few series and films but he rose to fame after the success of television series Lost in the role of Hugo Reyes (Hurley).

Garcia appeared in the 2nd episode of the eighth season of Celebrity Poker Showdown. He was also a contestant on an episode of Russian Roulette on Game Show Network. He starred and co-produced the movie When We Were Pirates. He also hosted a weekly podcast, Geronimo Jack's Beard.

Jorge Garcia featured on the cover of  Weezer's album Hurley which released on September 10, 2010. The album was named after his character. Some of his screen credit includes Little Athens,  Grown Ups, The Wedding Ringer, The Ridiculous 6, Get a Job, Becker, Alcatraz, iSteve, Hawaii Five-0 and others.

Jorge Garcia is possibly single at the present but previously he was in the romantic relationship with Bethany Leigh Shady. The duo started dating in 2006 and eventually fell in love. However, after seven years the couple split apart in 2013 due to personal differences.

Jorge Garcia has an estimated net worth of $5 million, as per some online sources but no official confirmation has come about it. He earned a handsome sum of the amount from his acting career.