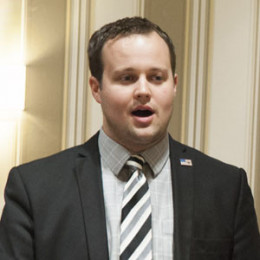 Television personality and political activist, Josh Duggar is the son of James Robert and Michelle Annette Duggar. He worked on TLC as part of the reality television show called ' 19 Kids and Counting'.

In November 2015, Danica Dillon, a pornographic actress filed suit against him, claiming that Josh had "assaulted her to the point of causing her physical and emotional injuries" during an episode of 'consensual sex'.

The couple has a daughter Mackynzie Renée Duggar born on 8th October 2009.

As of early 19th July 2015, the couple has their fourth child named Meredith Grace Duggar.