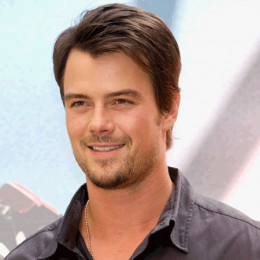 An American actor and former fashion model who is popular for his Daytime Emmy Award winning role in All My Children. He is son to Bonnie L. Kemper and Larry Duhamel. When he was just young his parents got divorce. He grew up with his mother and 3 sisters. While he attended Minot State University, he showed his interest in football and was quarterback for the university's football team. In 1997 he took part in International Modeling and Talent Association competition and won the title of Male Model of the Year. He debuted in acting career starring as Leo du Pres on ABC's All My Children. He also starred in three films of the blockbuster movie Transformers series. Beside that he has starred in romantic movies like Life as We Know It, New Year's Eve, Safe Haven and When in Rome.

Josh Duhamel was born on November 14, 1972, in Minot, North Dakota, the U.S. He graduated from the Minot State University in BA.

Josh Duhamel started his acting career as an extra in the music videos for Donna Summer's "I Will Go With You". Later, he cast in the  ABC soap opera All My Children as Leo du Pres for which he won Emmy award nomination.

Moving to his personal life, Josh Duhamel is happily married to his longtime girlfriend Stacey Ann Ferguson. The duo tied the knot on January 10, 2009, in a Roman Catholic ceremony at the Church Estate Vineyards in Malibu, California.

Ferguson is a band member of The Black Eyed Peas. Their romance started after she showed on Duhamel's show Las Vegas with her band. Currently, the couple is parents of one son.

According to him prior to getting married, he was in a relationship with a girl whom he followed to northern California and did a bunch of odd jobs. He along with his wife is practicing Catholics and both of them attend church.

Couple's marriage was performed at the Church Estates Vineyards in Malibu Calif in presence of many famous personalities. Together the couple is parents of one son.

He is the only child of the couple. He is very handsome.