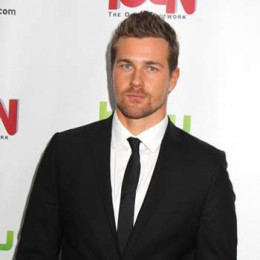 He is an actor, best known for playing Cutter Wentworth on the ABC soap opera One Life to Live. Till now he has appeared on several TV shows and films such as True Blood, Ugly Betty, Las Vegas, NCIS: Los Angeles, Transformers: Revenge of the Fallen and its sdequel, Transformers: Dark of the Moon. Currently, he is portraying as Jeremy Caner in the television series UnREAL.

Talking about his sexuality, he does not seem like a gay. Actually, he has always stayed low profile when it comes to his personal life. Till now it is unknown that whether he is married or is yet single. Detailed information about his family and his educational background is yet unknown to the media. We can stay connected to him via Twitter @JustJokingJK.

Josh Kelly was born on April 25, 1982 in Yokosuka, Japan but he was raised in  Columbia, Maryland. He graduated in 2000 from Atholton High School.

Kelly has featured in minor guest-starring role in number of films and TV shows including Ugly Betty, Las Vegas, True Blood, NCIS: Los Angeles, Transformers: Revenge of the Fallen and others.

Josh Kelly is possibly single at the moment. But previously, he was dating actress, Johanna Braddy, via his cryptic tweets.

Kelly has an estimated net worth of $5 million.