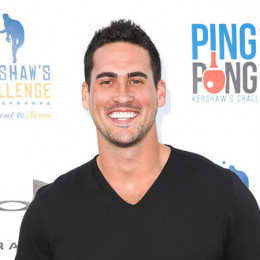 An American former professional baseball player from Tampa who is better known as the contestant and winner of season 10 of The Bachelorette. He was raised in Syracuse, New York. He is the older brother of popular Bulldog quarterback Aaron Murray who was chosen by the Kansas City Chiefs for 2014 NFL Draft. In 2010, he completed his graduation from the University of Georgia with degree in Business Administration. He was named as a Second Team All American in baseball. Currently, he is working as a financial representative at Capstone Financial in Florida.

Talking about his relationship, he has not married yet. Currently, he seems to be single and he is not dating anyone at the moment. Prior to being single, he was engaged to his girlfriend Amanda Stanton, who was a contestant on the 18th season of The Bachelor. After being engaged for few months they called off their engagement just after the couple appeared on the red carpet together for the 'Bachelor' premiere.