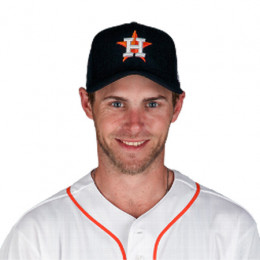 William Joshua Reddick, better known as Josh Reddick is an American professional baseball player. He is a right fielder for the Houston Astros of Major League Baseball (MLB) and before used to play for the Boston Red Sox, Oakland Athletics and Los Angeles Dodgers. Reddick is a golden globe winning outfielder. Currently, he is single and giving his best performance for his new team, Houston Astros.

Josh Reddick was born on 19th February 1987, to American parents in Savannah, Georgia. He is of the Caucasian race. From childhood, he was interested in playing baseball and wanted to pursue a career in the same field.

He attended South Effingham High School from where he began his baseball career. He played for his school team in the middle school and transitioned to the outfield during junior year of high school. Later, he joined Georgia College and started playing baseball for the NJCAA. Being a freshman at Middle Georgia, he hit .461.

Reddick became a professional in 2006, being selected in the 17th round of the MBL draft. On 31st July 2009, he was called up to the major leagues and replaced Adam LaRoche. That night, he made his league debut pinch-hitting for Rocco Baldelli in the ninth inning and grounding out against Cla Meredith of the Baltimore Orioles in his only at-bat.

He made his first MLB hit in the second game with a double in the second inning off David Hernandez and doubled again in the game against Chris Ray for his multiple-hit major league game.

Reddick was the first Red Sox outfielder to hit a home run in his first three-game since Billy Conigliaro in 1969, hitting his first major league home run against Brian Bass in 2nd August 2009.

In 5th August, he was traded to the Triple A-Pawtucket Red Sox, and the move allowed a depleted Red Sox bullpen to use Billy Traber’s service. The next day, Reddick replaced Rocco Baldelli who had a left ankle contusion which placed him on the disabled list.

The following year, he played for Pawtucket but he was recalled in April 2010 after Mike Cameron went on the DL. Not only this, he began 2011 in Pawtucket but was recalled on 26th May 2011 after Darnell McDonald suffered a strained left quad and was placed on the 15-day disabled list.

After lots of improvement in the game, the Red Sox traded Reddick and minor league players Raul Alcantara and Miles Head to the Oakland Athletics for Andrew Bailey and Ryan Sweeney. Reddick completed the year 2012 with 32 home run and 85 RBIs which helped him to lead the A’s to the American League Division Series. Also, he won the title American League right field Gold Glove Award on 30th October 2012.

Though he performed well in 2012, he failed to retain the power in the following season in 2013 though he hit 3 home runs in a single game for the first time in his career with a 14-6 rout against the Toronto Blue Jays.

Later, Athletics traded Reddick and Rich Hill to the Los Angeles Dodgers for Grant Holmes, Jharel Cotton, and Frankie Montas. During his short stay, he ended up hitting .258 in 47 games for them, including two homers for the Dodgers.

Currently, he is playing for Houston Astros: as he signed a four-year deal worth $52 million in November 2016.

Talking about Josh’s personal life, he is currently single and focusing on his career rather than being involved in love affairs. In the past, he probably had a girlfriend but chose to keep it away from the media.

Apart from his baseball career, he loves watching wrestling and is a great fan of John Cena.

Also, he signed a four-year contract deal of $52 million with the Houston Astros with an average salary of $13 million per year. Indeed, he has an accumulated net worth of millions.