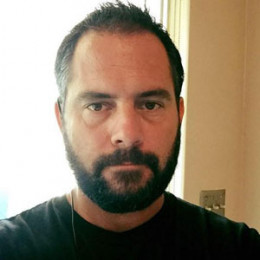 Josh Stancil is an American cameraman. He the current boyfriend of actress Chrissy Metz. His affair with Chrissy gained him the public attention.

Josh Stancil hails from Canyon County of California. He had a keen interest in entertainment field from the very early age. After completing his education he became a cameraman. He is a cameraman for the hit show This Is Us.

Stancil is currently dating actress Chrissy Metz. The duo first met on the set of This Is Us and fell deeply for each other. It was a love at first sight for both. They made their relationship official in early 2017 at Entertainment Weekly’s SAG Awards weekend bash. Chrissy is head over heels in love with her partner. Before meeting Josh she stated that she didn't need a man to feel complete. But it was different when she met her love. The girlfriend-boyfriend made an appearance in Television Hot Words plus Music Celebration. The couple was also seen in Elton John AIDS Foundation Academy Awards together.

As a cameraman, Josh makes quite a decent amount from his career. His net worth is certainly not less than six figures.