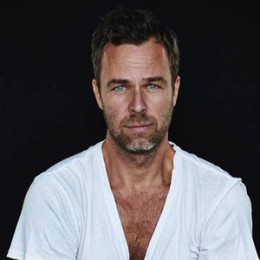 David J.R. Bourne, better known as JR Bourne, is a Canadian actor. He is famous for his role in Martouf from Stargate SG-1 and Chris Argent from Teen Wolf. He has made his appearance both in TV drama series and movies. He is two times Annual Vancouver Film Critics Awards for the movie On the Corner and Everything’s Gone Green.

Born on 8th April 1970, JR Bourne grew up in the city of Toronto, Ontario, Canada. He was raised by his parents along with a sister, Kim Bourne MacGregor. He belongs to the white ethnicity.

JR began his acting at a young age in the short movie, Porcaria, in 1994. Soon his interest in acting increased and in the following year, he was engaged with two different TV drama series Strange Luck and Side Effects.

After receiving appreciation from the TV series, he got the opportunity to play in the movies as well. Some of them include The Final Goal, Antitrust and Josie and the Pussycats. One of his movie, Past Perfect, directed by Maria Sole Tognazzi featured in the 25th Moscow International Film Festival in 2003.

Even he auditioned for the adventure and military science fiction TV series, Stargate SG-1 for the role of the villain, however, his acting amazed every one so he was selected for a hero role in the series. It was created by Brad Wright and Jonathan Glassner which starred Richard Dean Anderson, Michael Shanks, Amanda Tapping, Christopher Judge, Don S. David and so on.

His recurring role on the American television series, Teen Wolf, won the heart of millions of fans where he played the lead role of Chris Argent. He shared the screen with Dylan O’Brien, Tyler Posey, Holland Roden, Tyler Hoechlin, Crystal Reed and Ryan Sprayberry. He also played a recurring role in drama series Revenge, where he appeared in 11 episodes as Kenny Ryan.

His role in the movies On the Corner and Everything’s Gone Green gained him two Annual Vancouver Film Critics Award and was nominated for two of the Leo Awards in 2003 and 2006.

Moreover, he was last seen in the American drama television series, Somewhere Between, produced by ITV Studios America and Thunderbird Entertainment, in 2017 which starred Paul Patton, Devon Sawn, Serge Houde and Aria Brich.

JR is a married man. Though he is married, he has kept his wife far away from media and audiences. He has never revealed her name, however, the couple is seen very rarely in the public.

The husband and wife are still together and enjoying a quality time together despite JR's busy schedule.

JR is one of the versatile actors of Hollywood industry, who has earned much of the appreciation for his outstanding acting skills. He has successfully collected an estimated net worth of $1 million from his career in acting. He has played over 35 movies and 59 TV drama series in his life time.

First Marriage with not mentioned yet

JR Bourne is a married man. He has never revealed his wife name in media and has kept his wife far away from media and audiences.