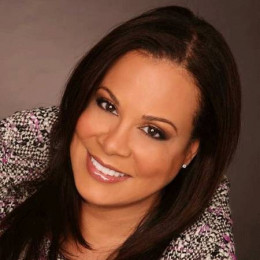 Juanita Vanoy is ex-wife of an American retired professional basketball player moreover a businessman, principal owner, and chairman of the Charlotte Hornets, Michael Jordan. The couple married in 1989 and later divorced in 2006. She is popular because of her ex-husband.

Juanita Vanoy was married to basketball legend Michael Jordan. The couple has three children named Jeffrey Michael Jordan, he was born on November 18, 1988, he is an American former basketball player played for the University of Central Florida Knights.

Juanita Vanoy holds an impressive net worth of $170 million which makes her one of the richest Celebrity Ex-Wives.

Her ex-husband Jordan is one of the most marketed sports figures in history. Juanita's ex-husband is an ambassador of Nike, Coca-Cola, Chevrolet, Gatorade, McDonald's.

Juanita Vanoy was married to professional basketball player Michael Jordan. The couple got married in 1989 and later divorced in 2006.

Her first son Jeffrey Michael Jordan ,he was born on November 18, 1988.

Her second son Marcus James Jordan was born on December 24, 1990.

Juanita's daughter Jasmine Mickael Jordan, she was born on December 7, 1992 .