Home Article Juanita Vanoy; Former Wife Of Basketball Legend Michael Jordan-From A Model To Being One Of The Richest Celebrity Ex-Wives, Know Her Story Of Spotlight

Juanita Vanoy; Former Wife Of Basketball Legend Michael Jordan-From A Model To Being One Of The Richest Celebrity Ex-Wives, Know Her Story Of Spotlight 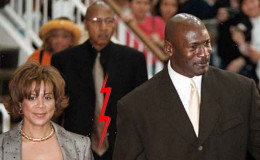 Juanita Vanoy is a former model who also worked as a secretary for the American Bar Association. She is mostly known for being the former wife of basketball legend Michael Jordan. Married to a popular basketball player for over a decade, Juanita is a mother of three children who prefer to be away from the public eyes.

After her tragic divorce with the husband of 17 years, has she been dating someone? Well, let's find out more about the famous model!!

Married To The Professional Basketball Player For More Than A Decade, Is Model Juanita Vanoy Dating Someone After The Divorce?

Juanita Vanoy does not seem to have a guy in her life currently, but she did have a husband for 17 years. She was never a media-friendly person and since the separation, she is completely out of the limelight.

She is busy with her personal life and not much is known about her relationship after Jordan.

Talking about her past relationships, as many of you know that she was married to Michael Jordan. The couple first met at a Chicago Bennigan's restaurant in the late 80's. 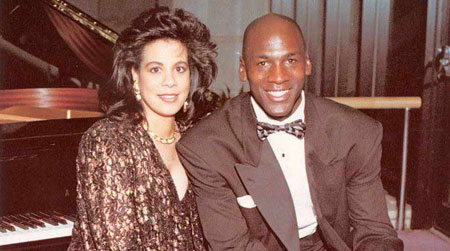 They did not get along much after their first meeting, but a few weeks later, they bumped into each other at a mutual friend's party and they hit off right then. The couple dated for a few years until the day when Michael proposed to Vanoy in 1987 at a fish market.

The couple tied the knot on 2 September 1989 in Las Vegas with the presence of their 10-months-old son Jeffrey Michael Jordan. After their marriage, they soon became parents of two more children, a son Marcus Jordan and a daughter Jasmine Jordan. 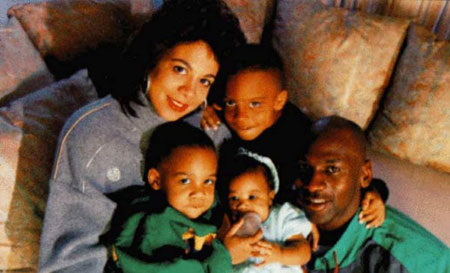 Juanita Vanoy with her former husband and their three children.
Source: Puzzups

After being together for nearly seventeen years, shocking all the fans, Vanoy filed for divorce citing irreconcilable differences in 2002. However, they, later on, reconciled withdrawing the divorce petition.

When everyone thought they might have worked things out Vanoy again filed for divorce which was finalized on 29 December 2006. She received mighty $168 million as alimony which was the huge celebrity divorce settlement amount at that time.

Michael is currently married to model Yvette Prieto. the couple is with blessed with two children; Ysabel Jordan and Victoria Jordan. The couple still shares a strong bonding and is still free from any kinds of a divorce rumor.

From A Model To Being One Of The Richest Celebrity Ex-Wives, Juanita Vanoy's Story Of Spotlight

Vanoy was very much interested in modeling since she was little. She debuted her career as a model during her teenage years.

She has worked for several modeling agencies and began working as an executive secretary for the American Bar Association. After Vanoy started the relationship with former pro basketball player Michael Jordan, she was up in all the headline. 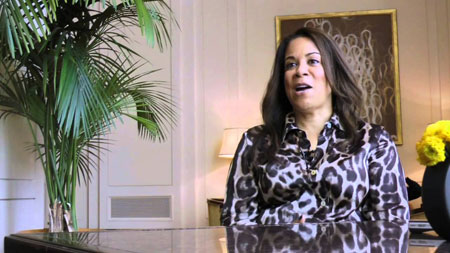 Juanita Vanoy being interview by the media
Source: HyperActivz

The couple founded the Michael and Juanita Jordan Endowment Fund which is an organization that supports the needy people.

You May Like: Star Basketball player, Klay Thompson is rumored to be dating someone. Find out who is his new girlfriend?

After her divorce with the former player, she began her career in real state business which she has held up to pretty well till date. 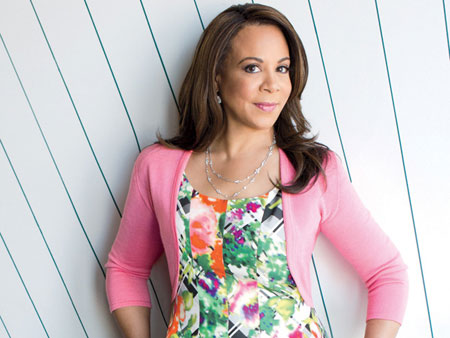