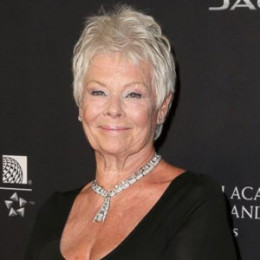 An English actress and author, Judi Dench is well known for portraying Queen Elizabeth I in Shakespeare in Love and played M in several James Bond films. She was born to parents Reginald, a doctor, and Eleanora. Judi Dench attended the Mount School and at the Central School of Speech and Drama in London. She made her stage debut in 1957 with the Old Vic Production Company at the Royal Court, turning heads as Ophelia in Shakespeare's Hamlet and made her television debut in the BBC series Hilda Lessways.

Judi Dench has received over six Laurence Olivier Awards for her contributions to the stage. She won an Oscar for her role as Queen Elizabeth in 'Shakespeare in Love.' She was previously married to Michael Williams in 1971, and the couple has been blessed with one daughter named, Finty Williams who was born in 1972. The couple remained married until his death in 2001. Her husband Michael Williams died due to lung cancer. Further, Izzard worked with Eddie Izzard on Six Minutes to Midnight.

Finty Williams was born in 1972. She is also an English actress.