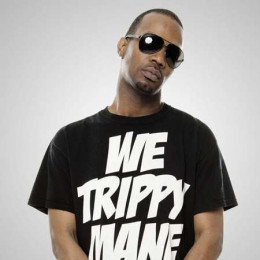 An American rapper, songwriter and record producer who is better known as founding member of Southern hip hop group Three 6 Mafia alongside with DJ Paul and Lord Infamous. He is the younger brother of rapper Project Pat. He released his first debut album in 2006 named Chronicles of the Juice Man. Since 2011, he is also a member of A&R rep for Wiz Khalifa's Taylor Gang Records. In 2006, he won Academy Awards in category of Best Original Song for his song "It's Hard out Here for a Pimp". His duet with Katy Perry named "Dark Horse" was nominated for Grammy Awards.

Talking about his personal life, he is married to his wife Regina Perera. And though he is a famous rapper he has kept his love life on the down-low throughout his career. There are not so many records available regarding his dating history. He was rumored to make singer Miley Cyrus pregnant but the rumor was turned down after Miley posted in her twitter account telling that she was not pregnant with his child. Currently he also shares two kids with his wife.