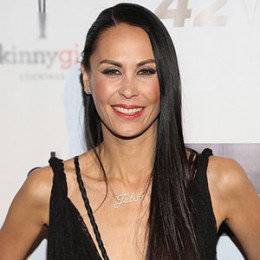 Jules Weinstein is a composer, musician, and actress, currently well known for her efforts in The Real Housewives of New York City. She was born to her Japanese mother, Kazue Forrest and Jewish father, Gene Forrest.

Jules Weinstein was born on 1982, in Hong Kong. She was born to her Japanese mother, Kazue Forrest and Jewish father, Gene Forrest.

In her early age, she attended the Fashion Institute of Technology based in New York and worked as an assistant designer at a boutique fashion company in the city's SoHo neighborhood.

Jules is the president of her own beverage company, a Japanese super drink called Modern Alkeme, easily available at Whole Foods grocery stores.

Jules along with Ramona shares an alma mater, the Fashion Institute of Technology. Weinstein secured her first job as an assistant buyer and designer at the fashion company in Soho. After working as a buyer, she landed a gig, an event planner for the Women's International Zionist Organization.

Later, she made her reality television show debut in The Real Housewives of New York City's latest season 8. In short time Jules came into limelight.

Regarding her personal life, Jules Weinstein is currently single. She previously married Michael Wainstein in 2008. She had two children Rio and Jagger while married to him.

After few years of their togetherness, the couple began having a lot of issues as Michael was seen with his ex-wife Elyse Bensusan in New York.

It is still confusing that how the issues began, however, a friend of Jules has claimed that the two were texting back in Jan, also a family source close to Elyse has told Daily Online that Michael met his ex-wife Elyse when Jules visited one of the clubs owned by Elyse's husband Tsion Bensusan.

Later it was confirmed that Jules and Michael were officially divorced after their long marital relationship of eight years. As the deal, Michael Wainstein agreed to pay the housing expenses for their two children $200 weekly as food bill.

Jules earns a good amount of money as she owns a beverage company, she also appears on a television reality show The Real Housewives of New York City.

Besides, she also receives $200 every week for her children as a food bill and receives $10K every month from her estranged husband Michael Weinstein.

Jagger was born on 2012, to his parents Jules Wainsteina and Michael Wainstein. He currently lives with her mother Jules after the divorce.

Rio is the youngest daughter of Jules and her former husband Michael. Jules got the custody of her after the divorce.