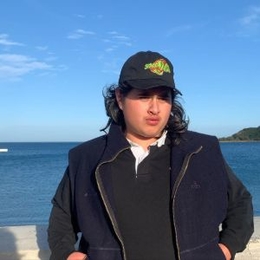 Julian Dennison is a New Zealand actor who is best know for his roles in the films such as Hunt for the Wilderpeople and Deadpool 2. His recent appearance was in the American sci-fi film Godzilla vs Kong where he portrayed the character of Josh Valentine.

Growing up, Dennison was raised alongside three other siblings. His mother Mabelle Dennison and his father Wayne Dennison are also parents to his sister named Laurel-Jean-Dennison and his twin actor brother named Christian Dennison who was part of the online program called Wild Eyes. 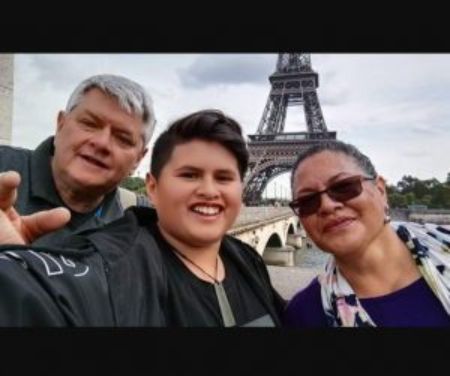 Julian Dennison pictured together with his parents Wayne Dennison and Mabelle Dennison at Paris. SOURCE: Pinterest

In addition to his ethnicity, the Deadpool 2 actor who belongs to the Māori descent is a member of the Ngāti Hauā iwi. The tribe is a part of the Tainui tribal confederation.

Speaking about his relationship status, the young actor is single, and at just age 18, it isn't surprising that he is yet to find his special woman. Right now, Julian is focussing on his flourishing career and also studies. 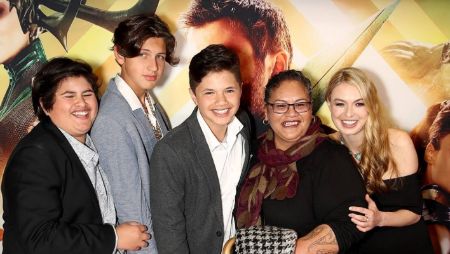 Likewise, on his social media accounts, the talented actor has never introduced anyone as his partner. Thus, it's unlikely that the "Hunt for the Wilderpeople" is dating anyone at the moment.

Former child artist Julian Dennison has been active in the entertainment industry and earned a colossal fortune from a young age since 2013. Well, Dennison began his journey in acting with the film Shopping in 2013 where he played the role of Solomon.

After a year, Dennison was then cast in the Australian film Paper Planes. Dennison, however, got his biggest breakthrough in the film industry with the role of Ricky Baker in the 2016 adventure comedy-drama film Hunt for the Wilderpeople.

Dennison gained further recognition after he played Russell Collins in the 2018 film, Deadpool 2. In 2020, he appeared in The Christmas Chronicles 2 alongside Kurt Russell, Goldie Hawn, & Darby Camp. Besides, he has been lending his voice to Pierce in an animated series The Strange Chores.

As of 2021, Julian Dennison has an impressive net worth of over $100,000 that he accumulated from his career as a professional actor. 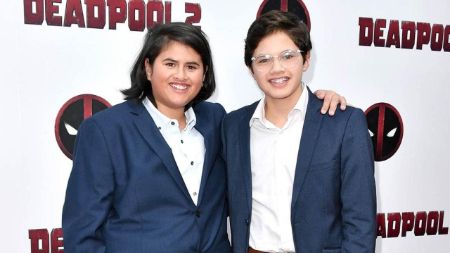