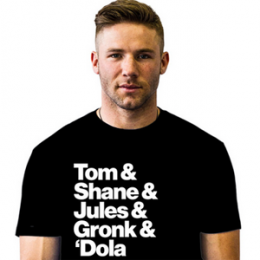 American football wide receiver, Julian Edelman is a son of Angela and Frank Edelman.He attended Woodside High School in Woodside, California.Edelman scored his first professional points on 13th August 2009, in a pre-season game against the Philadelphia Eagles.On 15th September 2016, he was fined $26,309 for a hit on a defenseless player, Deone Bucannon where he hit linebacker helmet-to-helmet.undergo foot surgery on 16th November 2015.

Julian Edelman is rumored to be dating Adriana Lima, Brazilian model since 2016.He has been in a relationship with Ella Rose, the Swedish model.Ella Rose gave birth to a daughter named Lily on 30th November 2016.Julian is rumored to have hooked up with AnnaLynne McCord in 2014.He was suffered an injury to his fifth metatarsal on his left foot that required him to undergo foot surgery on 16th November 2015.

Julian has a daughter named Lily was born on 30th November 2016.