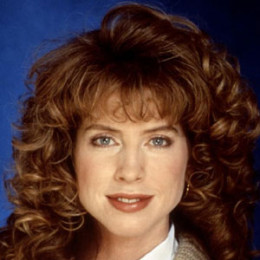 Julianne Phillips is an American model turned actress. She is best known for playing the role of strong and workaholic businesswoman Frankie Ree in the American TV drama series, Sister. She was also seen in the movie Fletch Lives and Big Bull.

Julianne Phillips was born on 6th May 1960, in the city of Chicago, Illinois, U.S. She is the daughter of William Phillips, an insurance broker, and mother Ann. She grew up along with six siblings in a Roman Catholic family and was the youngest among them.

She attended Lake Oswego High School and joined Brooks College for higher education. She was interested in modeling from the early days. Later, she began working as a model for Manhattan in the early 1980’s. She was also represented by Elite Modeling Agency during 1982’s. She was paid around $2,000 a day for modeling.

To further the career, she moved to Los Angeles where she appeared in a .38 Special Music Video. After recognition from the music video, she got a chance to play in the TV movies like Summers Fantasy and His Mistress, both in the same year 1984.

Later, she was seen in the movies like Odd jobs, Sweet Lies, Seven Hours to Judgments. She also got a chance to play with Chevy Chase in the American comedy movie, Fletch Lives, directed by Michael Ritchie in 1989. The same year, she appeared in movie Skin Deep directed by Blake Edwards.

Though she appeared in several movies, her role in the American drama series, Sister, rose her name and fame in the industry. She played the business-oriented character on the drama series which was praised by the viewers and critics.

She also made an appearance in the music video, Glory Days, of Bruce Springsteen, her previous husband. Moreover, she was last seen in the American TV movie, Tidal Wave: No Escape, directed by George T. Miller in 1997.

Julianna was in a relationship with a few of the celebrity in her lifetime. She dated an actor, Bryan Kestner during 1990, but unfortunately, their love relationship did not last long and separated.

After the breakup, She was seen with the new boyfriend, an Irish actor, film producer and activist, Pierce Brosnan. The pair started dating since 1993. But the love relationship didn’t last long and ended in 1994.

Phillips dated an American singer-songwriter, Bruce Springsteen, whom she first met in October 1984. After dating for six months, the pair married in Lake Oswego, Oregon, on 13th May 1985. 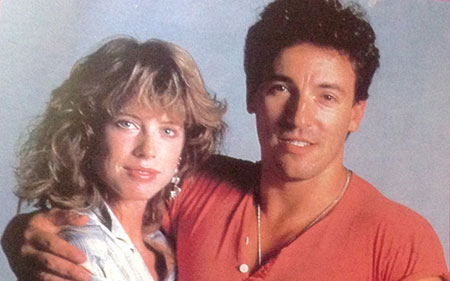 The husband and wife did not share any child and separated in the spring of 1988, but the divorce was finalized on 1st March 1989.

For the divorce settlement, she was paid $30 million by Bruce. Currently, she is single and enjoying her single life.

Julianne Phillips is one of the successful actresses of Hollywood industries who has earned quite a name in the industry. She has an estimated net worth of $30 million.

After dating few celebrities, Julianne Phillips found her true love, Bruce Springsteen. The pair dated few months and married on 13th May 1985, in Lake Oswego, Oregon. The husband-wife relationship was going well but unfortunately, they divorced in 1989.