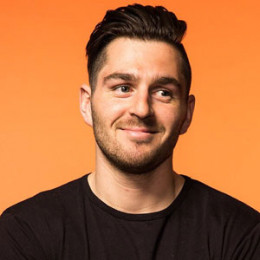 Julien Solomita is an American youtube star who graced the youtube world in 2013 by posting weightlifting videos. Further on he started doing vlogs and posting time-lapse videos gaining up to 1.5 million subscribers on his channel to date. Solomita is associated with another popular YouTuber, Jenna Marbles who is his current girlfriend and they often make videos together or is seen featuring in their respective channels. He is equally popular in his other social media sites like Instagram and Twitter where he has a huge amount of followers.

Julien Solomita is still dating a fellow YouTuber Jenna Marbles since June 2013. Julien and his girlfriend Jenna Marbles first met on a bar where Julien was working and they started getting along. Solomita and Marbles are in an intimate relationship for seven years now. 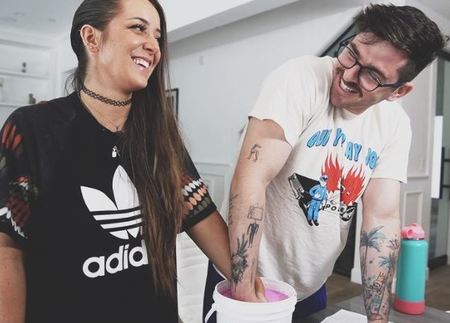 Subsequently, the pair started dating and appeared in their respective youtube channel together. They created a channel "Jenna and Julien Podcast" in November 2014. They were one of the cutest youtube couples on the internet. The pair now resides in a Los Angeles home which they bought in November 2018.

Marbles, however, quit YouTube after an old blackface video where she mocked rapper Nicki Minaz of the influencer resurfaced. Solomita's partner apologized for her comments which she claims were racist and sexist before announcing her departure from the app in 2020.

Here is a video from Julien Solomita's youtube channel titled "Draw My Life".

How Much Is Julien Solomita's Net Worth?

Julien Solomita earns a huge amount of income through his youtube account. His net worth is estimated to be $380,000 by many sources. His growing popularity will soon name him among the youtube millionaires we have today. Some sources state that he makes $150,000 annually.

He sure lives a luxurious life and owns an Infiniti qx30 which price ranges up to $30,000 and a Black Honda Civic Sedan which cost around $19,900. Solomita and Jenna live in a luxurious house together with their three dogs.

Julien Solomita is a well-known YouTuber who has a youtube account under his own name and is among the popular YouTubers we have today. His entry to the YouTube world was possible because of his current girlfriend Jenna Marbles who was already a YouTuber that time and she introduced him to the world of youtube. 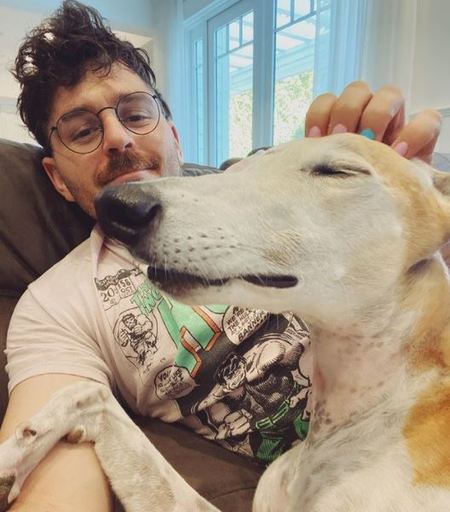 Julien Solomita pictured with his dog which he adopted. SOURCE: Instagram

She has around 18 million subscribers in her official youtube channel. Being mesmerized by the things people could do on youtube he eventually made a channel of his own and started posting videos. He has come a long way from posting weightlifting videos to playing video games at first and now boasts around 1.6 million subscribers on his youtube channel.

Solomita on his channel shares videos related to his daily activities through vlogs thrice a week. Besides he also posts time-lapse videos and spends time playing the video game Playerunknoen's battlegrounds using a frying pan and puts on a ghillie suit in the game while playing.

Julien is a co-owner of the company, Waffsicle and they run a series named Last Minute Trip on their official youtube channel. Julien and Jenna have a podcast which they started together in July 2014. They post a podcast together once a week and have another channel where they post their twitch streams.

Solomita is equally popular in his other social sites like Instagram and twitters having 747k and 418k followers. He was absent from the youtube world for some time due to some personal problems and returned to the site on March 12, 2018.

On returning he tweeted a message which stated that his best friend Brandon had committed suicide and he was having a hard time dealing with the tragedy. Besides youtube, he has released a music album named Nightmare Fuel which featured 17 songs like Creepy Song, Be Mine, Sandwich, The Dance, Cookie and so on in 2014.

Julien Solomita was born on April 17, 1992, at the Standford University Hospital in Northern California. Following his birth, his family moved to Los Angeles where he grew up with his two siblings a younger brother named Marlon Solomita and an older sister named Roxanne Solomita. His parents divorced when he was in first grade and his mother afterward married a baseball coach, Ted Silva.

His stepfather Silva also happened to be the dad of Solomita's classmate named Josh and two other kids, Jake, and Jessia who became his stepbrother and sister. The family of four soon turned into a family of eight and started living together. They went on many trips together in his mother's minivan like a real family. 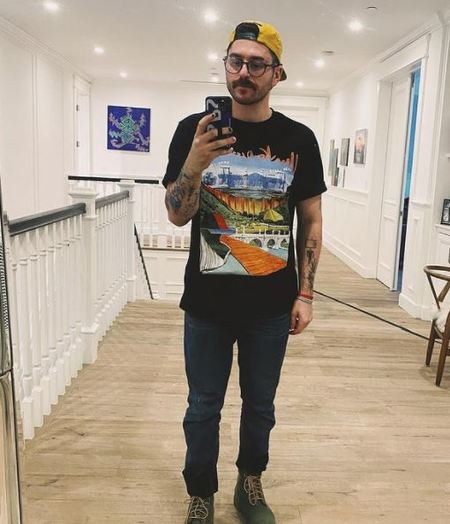 When he entered high school he used to play baseball a lot and was on the school's team. He initially thought of making it his future profession and dreamt of playing baseball in his college as well. As for college, he wanted to enroll at Chapman University to play baseball and luckily he got through the admission process. He started playing in the catcher position for his college's team and was really good at it.

One day while training he fell really hard and hurt his backbone which broke a small portion of his vertebra and couldn't play the sport ever again. While he was young he suffered from Celiac disease and couldn't eat any wheat which led him to lose a lot of weight. The disease affected his small intestine so he needed to stop eating a couple of eateries.

He didn't know what to eat and luckily found sushi as the perfect substitute food which made him gain weight again. During his second year at Chapman, he started working as a programmer at AMP Radio during the weekend and at night he used to work as a bartender at a bar named South.

Solomita is a vegan by choice and says he loves being a part of the youtube world. For his awesome vlogs, he was even nominated as Vlogger of the Year in the 9th Annual Shorty Awards.

As for his physical appearance, he stands a height of 5'9 with blue eyes and dark brown hair. Since he does weightlifting he has a pretty build up body. Along with sports he also loves martial arts.