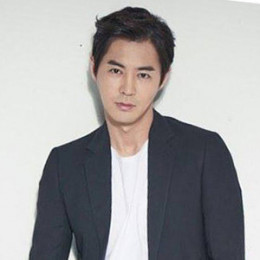 A South Korean singer, actor, and entertainer, Jun Jin is best known as a member and rapper of six-member boy band 'Shinhwa'. He is a son of Charlie Park, a singer also popular as Park Young Chul who debuted with a solo album ‘Casanova Sarang’ in 2004. Jun Jin released his first song in November 2006 named "Love Doesn't Come", with five songs, including the title song and its instrumental. He has appeared in 'Infinite Challenge' in April 2008 as a replacement for Haha, officially known as 'the 7th member' in June 2008.

On 17th September 2012, it was confirmed that Jun Jin was dating a member of the band 'SPICA', Park Sihyun but two months later on 12th November 2012, it was revealed they had broken up. There is a rumor in 2014 on social media that Jun Jin is in a relationship with an actress, Yoon Jin Yi as they were spotted together while celebrating vacations. He has participated in the Shinhwa 16th Anniversary Concert along with other Shinhwa members in Olympic Gymnastics Arena.