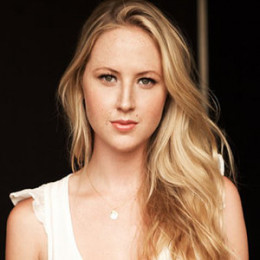 Kaitlin Cullum, known mostly as the character of Libby Kelly from the sitcom "Grace Under Fire", was born to parents Kathy Cullum and Leo Cullum in Los Angeles, California. Her father was a cartoonist for The New Yorker magazine. She is a formal child actress who got into modeling when she was 4 years old. Kaitlin got interested in modeling when a photographer asked to take a picture of her while she was attending auditions. She worked as a child model for Vogue Bambini, British Vogue, and Vanity Fair.

Kaitlin Cullum is the sister of Kimberly Cullum who is also a child actress. She is also known for her works in Grace Under Fire (1993), Galaxy Quest (1999) and A Little Princess (1995). Kaitlin is also interested in sketching, which might be the result of her father working as cartoonist. She has also acted in "Annie" which was produced by Showboat Youth Theater and worked as a dancer in the Malibu Ballet Society's "Little Daylight." Kaitlin has also worked in about more than twenty national commercials.