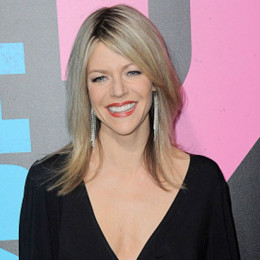 Kaitlin Willow McElhenney is an American comedian and actress, well recognized as Deandra 'Sweet Dee' Reynolds on the comedy series 'Its Always Sunny in Philadelphia.'

Kaitlin Olson was born on 18 August 1975 Portland, Oregon. Olson lived in Vashon Island, Washington, in Puget Sound. Later she and her family shifted to Portland, Tualatin, where she spent her childhood playing on a farm.

Olson's father Donald Olson was a publisher of the Portland Tribune. At the age of 12, while riding her bicycle, she met with an accident involving a vehicle, which fractured her skull and had to undergo reconstructive surgery. She attended Tigard High School.

Later, Olson joined the University of Oregon and studied theatre. In 1997, she graduated with a B.S. in Theater Arts. After completing her college, she moved to Los Angeles to pursue her career in acting.

Kaitlin Olson was a member of the improvisational group called 'The Groundlings.' She has also toured with the Norway, USO to Bosnia, and Kosovo. Olson has guest appeared in television series and movies including, The Drew Carey Show, Out of Practice, Curb Your Enthusiasm, The Jaime Kennedy Experiment, and Punk'd. Olson also had a small role in the movie Coyote Ugly.

In 2004, she portrayed the character Deandra 'Sweet Dee' Reynolds in the comedy series 'It's Always Sunny in Philadelphia.' She voiced the character Ethel in the first season of the animated series Brickberry.

In 2013, Olson made her appearance in the movie The Heat as Bulgarian druggist who involves in an exchange of cultural perspectives and insults Melissa McCarthy's character.

She also portrayed a recurring role as Hartley Underwoods in the series The Riches aired via FX channel. Olson then appeared in the Fox sitcom The Mick, which aired on Jan 2017. She also works as an executive producer for the series.

Kaitlin Olson married her co-star from It's Always Sunny in Philadelphia, Rob McElhenney, on 27 September 2008, in California. The couple began dating secretly, during their second season of the series.

Kaitlin Olson earns a decent amount of money as an actress and comedian, widely recognized for her appearance in the comedy series Its Always Sunny in Philadelphia, which has a current budget of $ 1.5 million.

As of 2017, Olson's net worth is estimated to be $6 million. She along with her husband and children are living a quality of celebrity life.

Kaitlin married Rob McElhenney after dating for few years, while they were doing the second season of the series.

Axel Lee is the first child of the couple, born on 1st September 2010.

Leo Grey McElhenney is the second son of the couple and is 2 years younger than his brother.