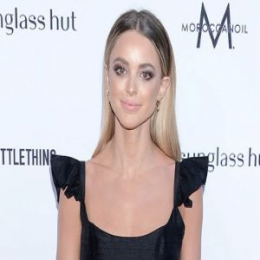 The American blogger and Instagram sensation, Kaitlynn Carter came to prominence after her relationship with television personality, disc jockey, and model, Brody Jenner. Kaitlynn made her reality television debut in the first season of "The Hills: New Beginnings", which premiered on June 2019. 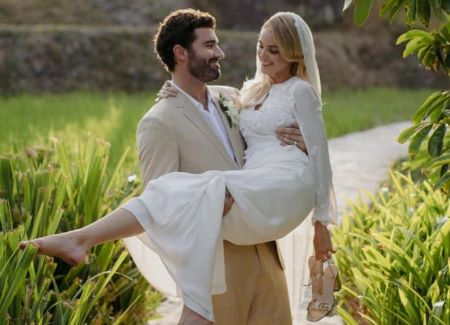 The former couple ended their 14 months long wedding. But surprisingly, many sources claim the marriage wasn't technically legal and they were never married. Not only this, there are many rumors that Carter is already dating a new man.

The pair started dating back in 2014 and got engaged in 2016 after dating for two years. Likewise, Carter shared a picture on her Instagram following her engagement flaunting a ring. Care to have a look!!! 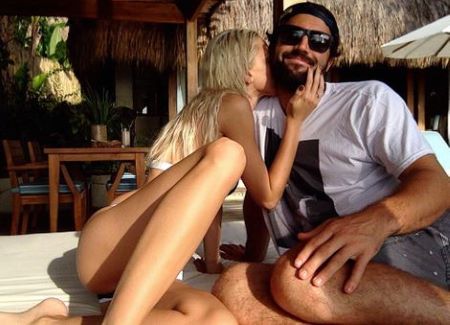 Kaitlynn tied the knot with her long-term boyfriend, Jenner back in June 2018. The so-called wedding was held in front of 50 family members and friends in an intimate ocean view ceremony at the Nihi Sumba resort on Sumba island, off the coast of Indonesia.

The couple had many ups and downs in their relationship for years and finally parted their ways in August 2019. One of the reasons for their break up is said to be Carter’s desire to have kids.

"They butted heads over that constantly. Kaitlynn really wants to be a mom and never swayed from that. She thought Brody was change his mind, but he didn’t."

Kaitlynn previously dated actor David Spade who is popular for movies like Joe Dirt, Tommy Boy, The Benchwarmers, Grown Ups, and Black Sheep. Further, the former pair dated for quite some time. The reason for their break up is yet to be disclosed.

How Much Is The Net Worth Of Kaitlynn Carter?

Kaitlynn Carter holds the net worth of around $500 thousand. She garnered this fortune from her career as a blogger and Instagram. In addition, the average salary of a blogger in the United States is around $75 thousand per year.

Carter earns a good stack from her website Western Wild where she writes about lifestyle, fashion, travel, and love. Moreover, she garners heavy money from her online clothing store, Foray, which she launched with her friend Tiana Haraguchi in 2015.

Kaitlynn collects big bucks from other additional works which include brand endorsements, advertisements, and other monetary works. She is the founder of the skincare brand, selfé. Likewise, she makes $2,131.5 - $3,552.5 per promotional post on her Instagram account. 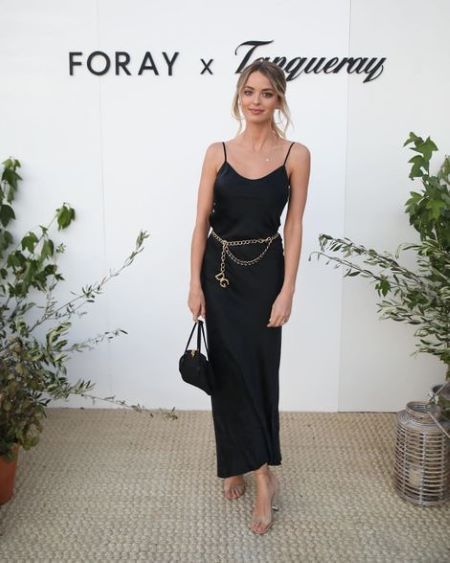 Kaitlynn Carter posing for a photo.

Kaitlynn tied the knot with her long-term boyfriend, Jenner back in June 2018. The former couple ended their 14 months long wedding.