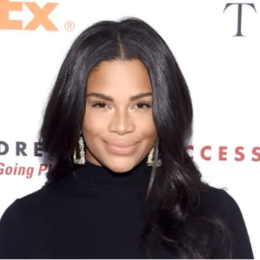 Kamie Crawford is an American television show host and beauty pageant titleholder. She was crowned the title of Miss Teen USA in July 2010 at the Atlantis Paradise Island in the Bahamas.

Is Kamie Crawford Married to her Boyfriend?

Kamie Crawford has not anyone yet married anyone to date. But it does not mean the tv host is single. The African-American beauty has been dating her best friend turned boyfriend, Gordon Dillard. 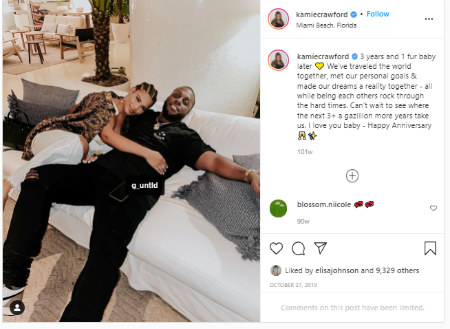 Crawford is in a live-in-together relationship with a man named Gordon Dillard who goes by the username "G Untld" on Instagram. Mr. G introduced his lady love to millions of fans via an Instagram post by writing "better half" on December 29, 2016.

Crawford has an estimated net worth of $1 million, as of 2021. She earned the Miss Maryland Teen USA 2010 title finishing in her first pageant participation. She spent five months training for the pageant. Kamie was the fourth African American woman to win the Miss Teen USA title after Ashley Coleman, Janel Bishop, and Marissa Whitley.

Crawford started her television show host career in 2019, serving as a rotating host for Catfish season 7. She ran the show opposite singer Elle King, Kimiko Glenn, Slick Woods, and Nick Young. In 2020, Kamie Crawford became the permanent co-host of the MTV series.

Before this, she appeared in Rip the Runway '11 in 2011 and Hell's Kitchen in 2012. Kamie co-hosted segments on Pix 11 News in Manhattan as well as ABC News 8's CT Style. Besides, she started a YouTube beauty channel in the 2000s, which has over 4,190 subscribers on the YouTube channel.